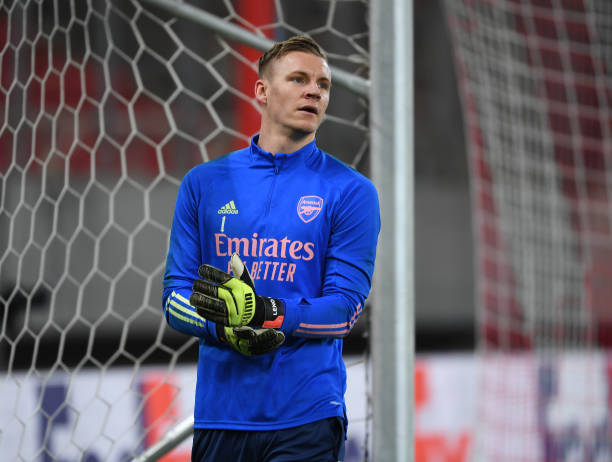 Arsenal’s number one Bernd Leno is reportedly among six players who have been put up for sale according to football.london as part of a big summer overhaul.

This news comes as a bit of a surprise because less than twelve months ago Arteta faced a goalkeeper dilemma with Leno and Emiliano Martinez.

Martinez was sold after Arteta failed to guarantee him playing time. Many fans believed it was a wrong decision to let go of the Argentine shot-stopper who was in scintillating form and had the club at heart.

The club decided to keep Leno and sold Martinez to Aston Villa for about £20m where he has kept 14 clean sheets.

Leno joined Arsenal in 2018 for €22m and his contract expires in 2023 meaning if the club decide to cash in on him, they’d recoup the money spent on him or possibly make a profit.

Ajax goalkeeper Andre Onana has been linked with a move to Arsenal as a replacement for Leno according to goal.

The 25 year-old Cameroonian keeper could cost as little as £7m though he is currently serving 12-month suspension handed to him by UEFA after illegal substance was found in his urine sample.

He is currently fighting against the ban and the Court of Arbitration for Sport will hear his appeal in June.