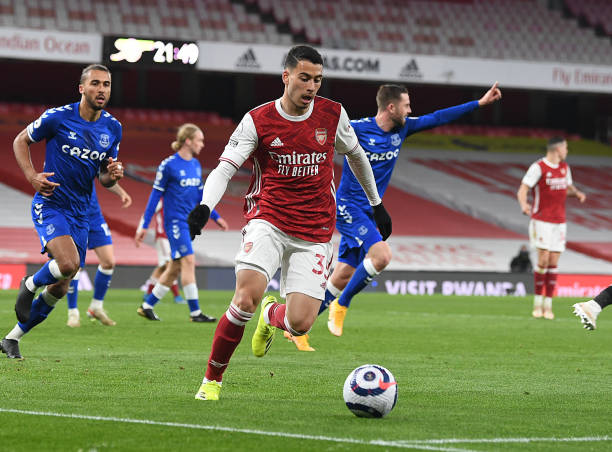 It’s been one year and a half since Arsenal appointed Mikel Arteta as the new head coach of the gunners and he has won over the hearts of most of the supporters but they have however always criticized him for his handling of their young star man, Gabriel Martinelli

Gabriel Martinelli got injured after the restart of the Premier League last season and missed the reminder of the 2019/20 campaign but he has however returned from that sidelines and he has however had to keep waiting on the bench to get his first few starts of the campaign. Arsenal manager Mikel Arteta has shown to be a good manager that usually trusts the youngsters but he has sometimes accused of favouritism many times by the fans because of not putting their star player in the starting eleven.

Gabriel Martinelli was selected to be among the squad that beat Newcastle United 2-0 and the young Brazilian international did not disappoint as he provided an incredible assist. Mikel Arteta was asked about Martinelli and then he also went on to reveal how he has always liked Gabi even though there was rumours of him not liking the youngster.

“Gabi is improving every week. He’s taking his minutes in the right way and he’s developing the way we all believe he can. Today he had an assist, which was an important moment, and he had some good moments off the left – and also trying to play as a No 9 as well.” Mikel Arteta told Arsenal’s official website.

“Yeah it is a connection. Having Granit behind him helps him in a way because he’s more in the line, in the last line on the left where he is more comfortable. With Kieran it’s a little bit different. Those relationships are ones we have to built. If there are any doubts, I love Gabi so much. More than all of you together!”

The four positions Arsenal need to strengthen ahead of next season