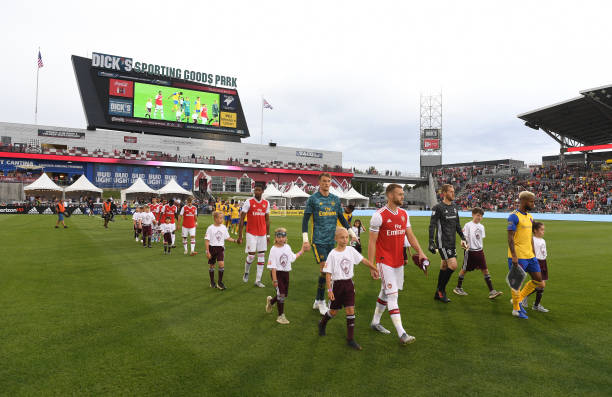 Arsenal during a pre-season friendly in Colorado. (Photo by Stuart MacFarlane/Arsenal FC via Getty Images)

Arsenal will travel to the United States for their pre-season fixtures and will participate in the Florida cup  in July.

Before that Arsenal  will have had training camp in Edinburgh, Scotland and will have played Hibernian and Rangers.

What next for Arsenal after Emiliano Buendia transfer blow?

List of Arsenal players on international duty this summer