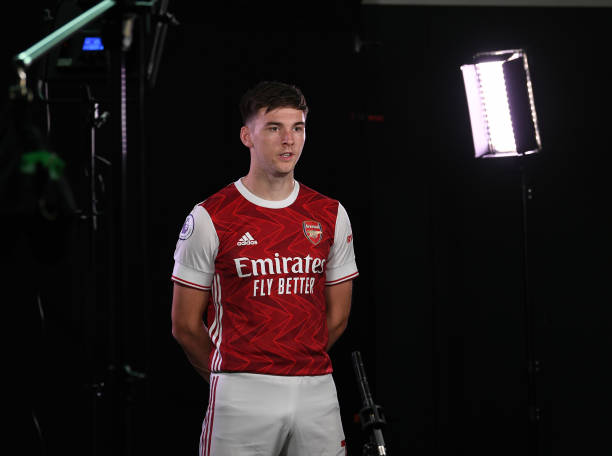 Arsenal completed the signing of Kieran Tierney from Celtic in the 2019 summer transfer window and he arrived in London while injured hence the gunners not getting to fully use him in the first season. Kieran Tierney was impressive last season even though he still did get some little injury problems.

Kieran Tierney has proved to be the sort of left back that Arsenal has been missing for years as he is very good at defending and is a wonder to watch when attacking as he always has a good cross in him even in tight places. Arsenal boss Mikel Arteta has always spoken highly of the Scottish international and latest reports seem to indicate that he is going to be rewarded.

The Athletic is reporting that Arsenal have offered Kieran Tierney a new five year deal that will see the 24 year old start earning £110,000 a week wages which is a significant increase from the amount that he is currently earning at the moment. The report claims that the gunners will probably complete this deal when Kieran Tierney returns from The Euros as he was among the selected squad that was chosen to represent Scotland.

Arsenal supporters have reacted happily about this news about Kieran Tierney as they have many times not been happy with how they club has lost some of their promising players to other clubs due to not quickly tying them down to new contracts.