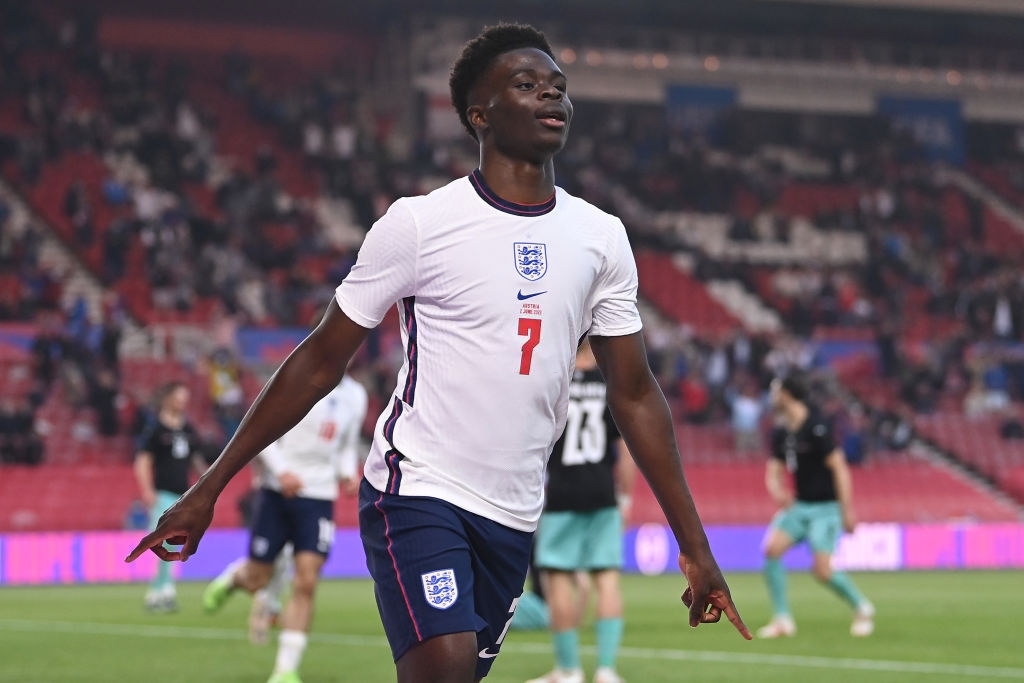 Bukayo Saka has carried his fine form to the England national team. He scored his first goal for England today as they beat Austria 1-0 in an International friendly preparation match ahead of the Euro’s.

Yesterday Saka was confirmed to be a part of the Three Lions 26 man squad that will play at this summer’s UEFA Euro competition.

The teenage sensation opened his account for England with a cool finish into an empty net.

Saka will be hoping to get more minutes on the pitch to showcase his abilities at the Euro tournament which is set to begin next week.