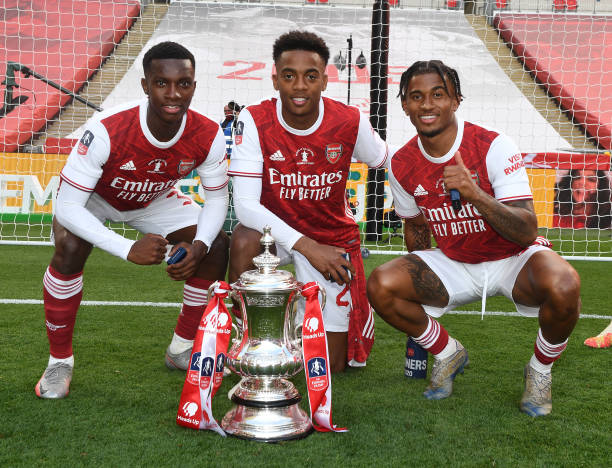 Arsenal are in search of players that can come in and strengthen their midfield. Currently the Gunners only have two midfielders that are assured to be part of next season’s squad these are, Thomas Partey and Mohamed Elneny.

Matteo Guendouzi has left Arsenal for Marseille while Granit Xhaka and Lucas Torreira are expected to follow suit. Dani Ceballos also returned to Real Madrid after two seasons on loan.

Albert Sambi Lokonga is expected to join Arsenal and become one of the midfield options but there is someone within the club that may not be getting a shout-out.

Joe Willock made a dramatic change in his career when he was loaned out to Newcastle where he had a magnificent spell.

The hale end graduate scored 8 goals in 14 appearances for Newcastle, he had scored 3 times and provided 3 assists for Arsenal before his loan move. The last Arsenal central midfielder to score five or more Premier League goals was Aaron Ramsey in 2017/18.

Willock was deemed below Arsenal’s standards before he went on to impress at Newcastle and now selling him for anything less than £25m looks like madness.

The 21-year-old may have starred at Newcastle but there’s concern he may not be able to replicate that form in an Arsenal shirt or he might not fit in Arteta’s system.

Nevertheless Willock must be given an opportunity to play next season rather than selling him off especially now that the club is yet to make any marquee signing in midfield.

Arsenal to announce second signing this week after wrapping up deal