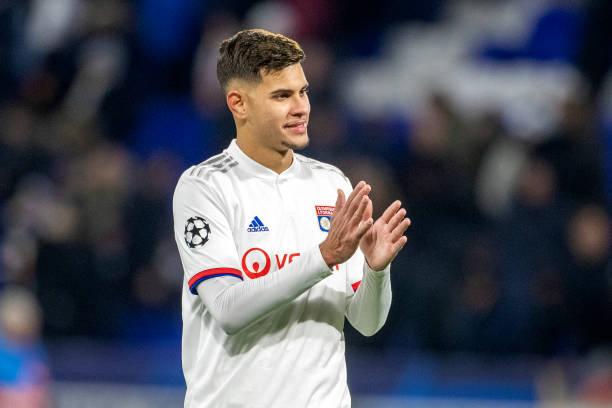 Arsenal have identified many areas that need addressing in this summer transfer window and among them is the central midfielder position which will need another body since the gunners have lost Dani Ceballos, Matteo Guendouzi and could possibly also sell Granit Xhaka. It’s now reported that Arsenal have identified Lyon central midfielder Bruno Guimaraes as a player that fits the profile of players that they are looking for.

Goal Brazil is now reporting that Arsenal are interested in Bruno Guimaraes once again and that they have already begun negotiations with Lyon over a possible summer move. The report claims that Lyon have already immediately informed the club that they will want an offer that will be over £30million and its also claimed that the French club could indeed sell the Brazilian in this summer transfer window because they have financial problems due to failing to qualify for the UEFA Champions League.

Bruno Guimaraes is a highly rated central midfielder that could add a lot of quality to the Arsenal squad and he fits into the profile of players that Mikel Arteta has decided to bring to the Emirates Stadium this summer. The gunners are yet to make a bid according to the above report but it’s however likely that they could make one in the next few weeks.

Report: Real Madrid tell Arsenal what they must pay to sign Martin Odegaard