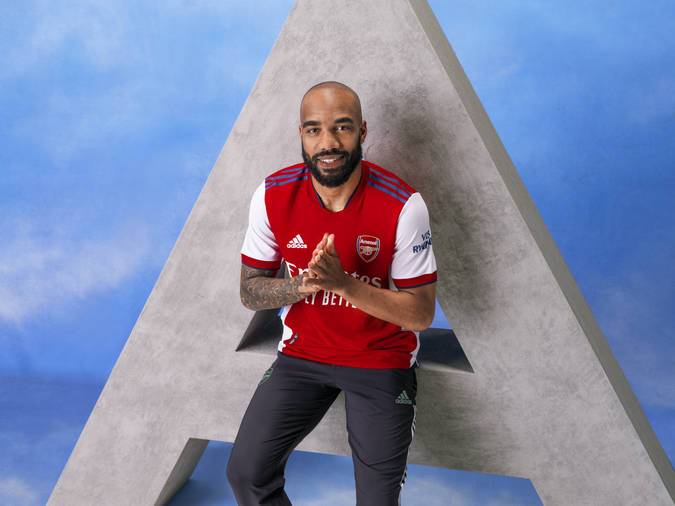 Arsenal signed Alexandre Lacazette from Lyon in 2017 and the French striker has up to now failed to make the striking role his at the Emirates Stadium as he has undergone many times of getting benched due to poor performances. Lacazette is now old and its now reported that the gunners have identified the perfect young replacement for the 30 year old.

It is believed that this will be a very important transfer window for Arsenal as they will likely to try to rebuild their squad so that they can try to start competing with the big boys of the Premier League. Alexandre Lacazette might be one of the players that could be sold as the Frenchman has just one year remaining on his contract and the gunners are yet to confirm that he will get a renewal.

LONDON, ENGLAND – DECEMBER 21: Tammy Abraham of Chelsea celebrates after scoring their team’s third goal during the Premier League match between Chelsea and West Ham United at Stamford Bridge on December 21, 2020 in London, England. The match will be played without fans, behind closed doors as a Covid-19 precaution. (Photo by Chris Lee – Chelsea FC/Chelsea FC via Getty Images)

A report by The Telegraph has confirmed that Arsenal will begin listening to offers for Alexandre Lacazette so that they can try to sign Chelsea young striker Tammy Abraham in this summer transfer window who surprised many in the 2019/20 season with his brilliant goal scoring form in the Premier League. The gunners have in recent years not been shy at signing Chelsea players and its now claimed that they believe that the Englishman could be the perfect replacement for their aging Alexandre Lacazette.

The report claims that it is expected that Tammy Abraham will leave Chelsea in this summer transfer window and that they are likely to put an asking price of £40million. It is still not clear if Arsenal will try to sign a new striker this summer but it’s a given that the departure of Lacazette would warrant the gunners going into the market, and Abraham isn’t a bad choice since he scored 15 league goals in the 2019/20 campaign.

Arsenal receive bad news in their pursuit of Houssem Aouar