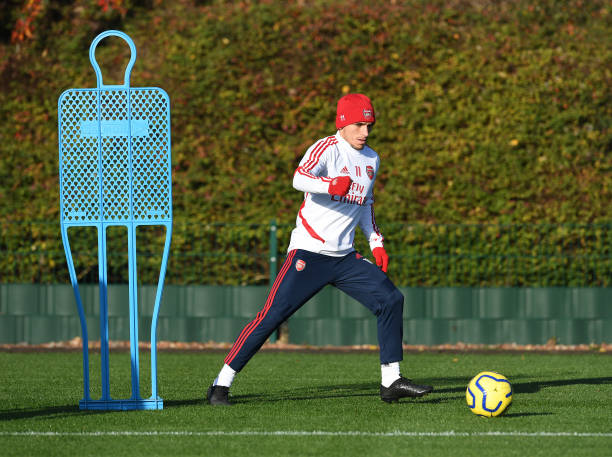 Lucas Torreira is still an Arsenal and reports linking him with a move away have gone quiet. Arsenal signed Torreira in 2018 from Sampdoria for £26m.

He went on to have an impressive debut season where he starred in the defensive midfield role and earned numerous praises.

Things fell apart in his second season especially because the then coach Unai Emery was playing him higher up the field in an unfavoured position. He was restored to his role in a midfield pivot by Mikel Arteta, but untimely persistent injuries took their toll and never allowed him to secure a good run in the team.

Torreira joined Atletico Madrid on loan last season with Thomas Partey moving the the other way. The Uruguayan undoubtedly possesses some good qualities.

He is fine at defending, has grit and is a decent passer of the ball. Unfortunately he lacks the height and raw physical strength due to his diminutive structure.

But what if he is paired up with Partey in a double pivot? The Ghanaian anchorman has the perfect frame of a holding midfielder and would make up for Torreira’s weaknesses.

The big problem with the 25-year-old is his mind is elsewhere. He has talked of wanting to move back to Italy as well as his desire to play for Boca Juniors in Argentina.

Arteta’s task would be to convince the unsettled Torreira that he has plans for him and find a way of fitting him into his system.

How Arsenal will lineup with James Maddison next season