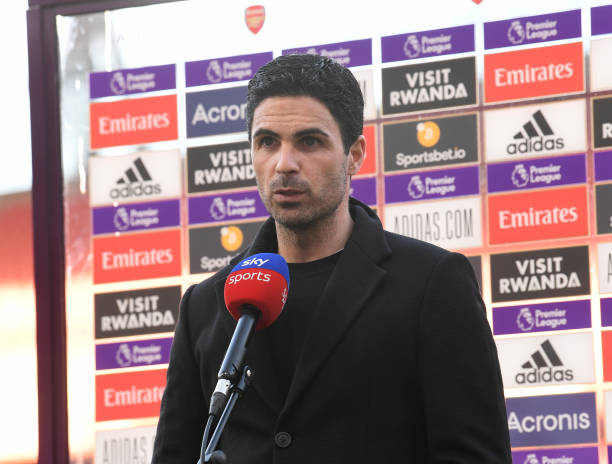 Arsenal performed the most poorly out of the Premier League top six last season and gunners boss Mikel Arteta will be expected to try to work on a lot during this pre-season as the upcoming season will be very important in determining whether he keeps his job or not. Arsenal manager Mikel Arteta has revealed the things that his squad will work on during this pre-season period.

Arsenal manager Mikel Arteta will be happy with this pre-season as it is his first since he arrived at the Emirates Stadium in 2019 because the COVID-19 pandemic led to all clubs in Europe not getting a one in 2020. Arteta has often stressed that a pre-season period is very important and that him and his team not getting one was one of the reasons that they underperformed in the previous season.

Arsenal are currently in Scotland and have already played against Hibernian which they lost 2-1 and will tomorrow play against Rangers. Arsenal manager was recently had an interview and was asked about what his team will mostly focus about in this pre-season period and he claimed that they will work on the physical, mental and ideas aspects of the game ahead of the start of the Premier League campaign.

“Well a few aspects. Obviously the physical aspect is very important. After five weeks, the players need to get in good shape and the best possible condition to compete at the levels that the Premier League requires.” Mikel Arteta told Arsenal’s official website.

“Third, to get the cohesion of the team right, the understanding of the game, what we are looking for, our game model, our principles, and how we’re going to develop that in the next five weeks to get to the Premier League in the best possible stage.”