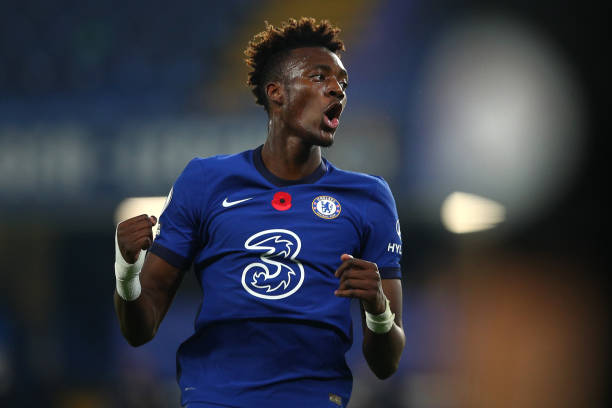 Arsenal are interested in signing a new striker this summer since there is a likelihood of one of their senior strikers leaving and they have identified Chelsea striker Tammy Abraham as the perfect candidate for the job. Chelsea will reportedly be ready to listen to offers for Tammy Abraham and Arsenal’s proposal that they will likely submit to The Blues has been revealed.

Tammy Abraham failed to get minutes last season at Chelsea since the London club had brought in new signings that kept him on the bench for most of the whole campaign, and the possibility of him getting sold this summer has alerted Arsenal who could have signing a new young striker as one of their priorities in this summer transfer window.

Sky Sports has confirmed that Chelsea will listen to offers from clubs that are interested in Tammy Abraham and they have also revealed that Arsenal’s proposal would definitely be an initial loan deal since they have limited funds to spend in this summer transfer window due to failing to qualify for any European competition. The report also claims that Chelsea will request for a fee close to £40million and that they will want to permanently sell him rather than a loan deal. It is also claimed  Arsenal will face competition from West Ham United since they are also interested.

Arsenal manager Mikel Arteta said that this summer transfer window is going to be an important one for him since he is going to mold the squad into his own image and the age bracket of the latest two signings show the type of players he is talking about, and Abraham will fit right in.