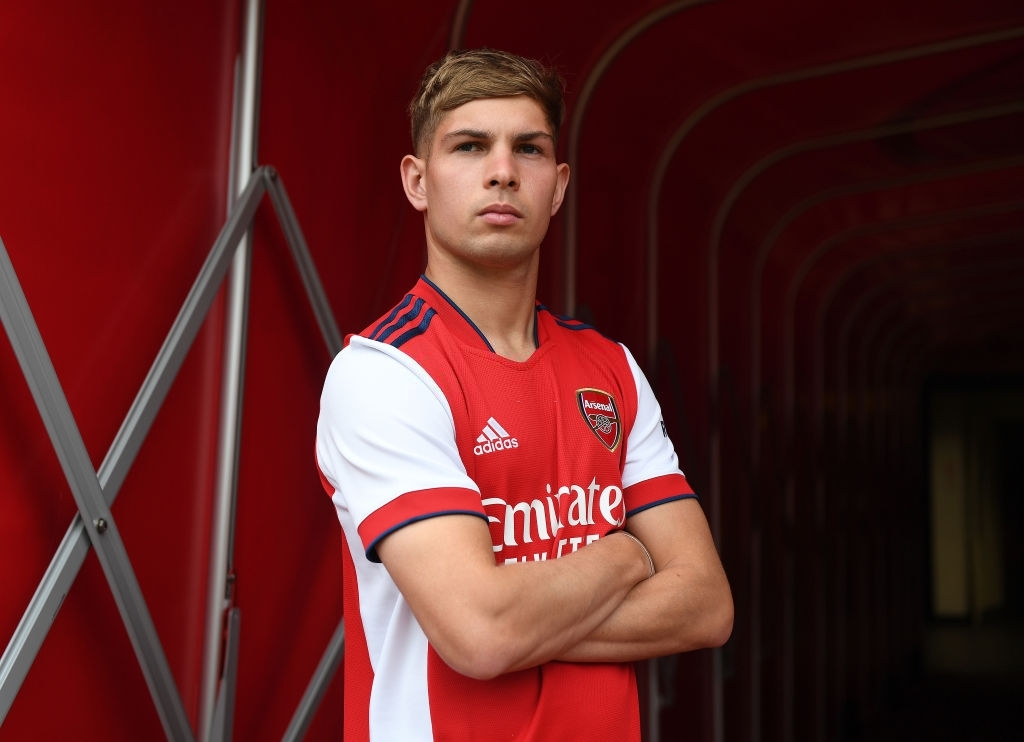 Smith Rowe at the Emirates stadium.(Photo by Stuart MacFarlane/Arsenal FC via Getty Images)

Emile Smith Rowe has signed a new long-term contract with Arsenal. The 20-year-old has penned down a new 5-year contract until 2026.

Arsenal have secured the youngster’s long term future putting an end to speculations linking him with a move elsewhere.

Smith Rowe had an impressive breakthrough season where he slotted in as the playmaker in Arteta’s 4-2-3-1 formation.

The attacking midfielder has joined Bukayo Saka and Gabriel Martinelli by signing the new long-term deal and his wages have been doubled. He will reportedly now earn £40,000-a-week.

Smith Rowe has been handed the no.10 shirt for the new season which was vacant. The no.10 shirt was previously worn by Mesut Ozil and players like Jack Wilshere and Robin Van-Persie donned the shirt number in the past.

“As we all saw last season, Emile is an intelligent player with excellent ability. His sharpness on the turn and exceptional vision have already made him a key player for us. Arteta said.

His attitude and willingness to learn have also been very impressive. Huge credit to our team in our academy who have given Emile a great education and have worked superbly to help with his development through the age groups.”

Forgotten Arsenal man could be the ideal partner for Thomas Partey