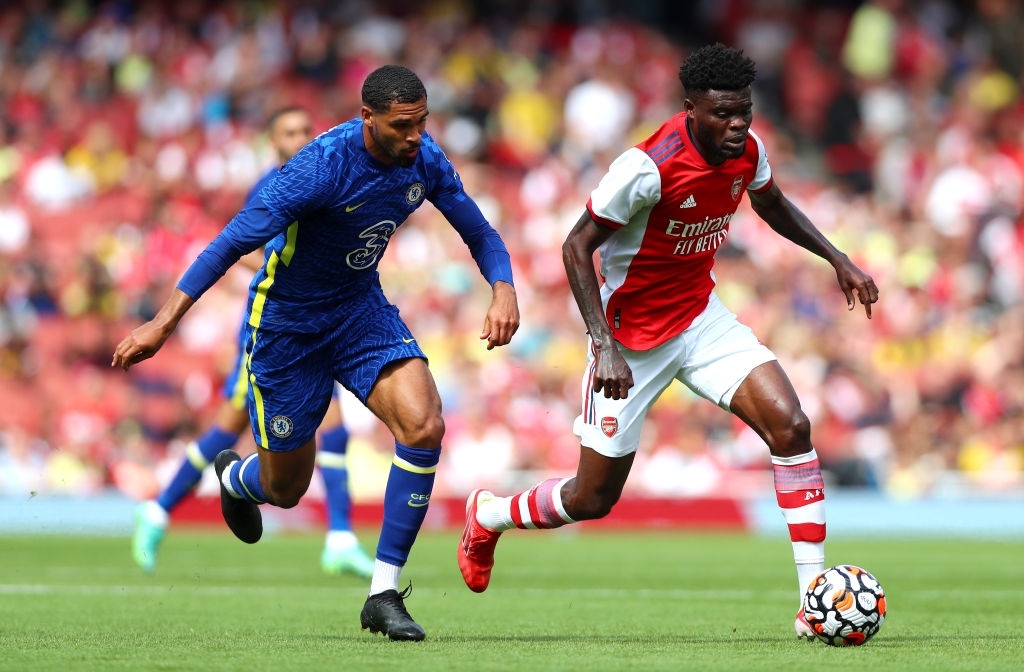 Friendly between Arsenal and Chelsea earlier this month. (Photo via Getty images)

Arsenal will take on Chelsea at the Emirates stadium in their second match of the new season at 16:30 (GMT).

Wounded by Brentford on the opening day, Arteta’s boys will be looking to bounce back with a victory and kick-start the new campaign.

Arteta is under pressure from the fans as they demand a response and better performance this time round compared to what they saw last week.

The Gunners will be without Gabriel Magalhaes, Thomas Partey and Eddie Nketiah as they are ruled out until next month.

Four players are reported to have tested positive for COVID-19 and missed the Brentford game these are; Alex Runarsson, Willian, Lacazette and Aubameyang.

Good news is captain Pierre-Emerick Aubameyang has returned a negative test and could feature against the Blues once he is assessed.

New signings Martin Odegaard and Aaron Ramsdale are not yet ready and will miss the derby.

Arsenal have only lost thrice to Chelsea in their last 14 games in all competitions (W6 D5), winning each of their last three games against the Blues (2020 Fa cup final, both meetings in 2020-21 season)

Arsenal haven’t beaten Chelsea in any of their last 10 Premier League meetings on a Sunday (D2 L8) since winning 2-1 in November 2008 at Stamford Bridge. The Gunners are, however, unbeaten in their previous eight Premier League Sunday matches overall (W6 D2).