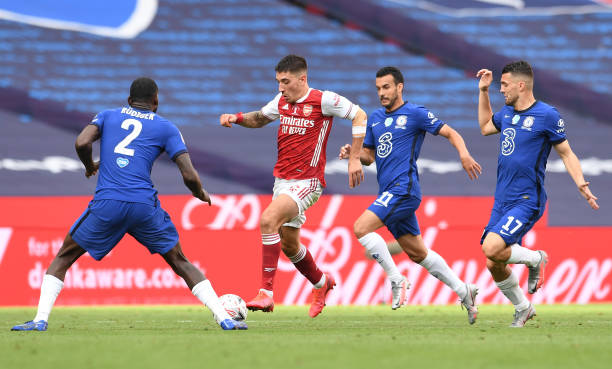 There has been a lot of uncertainty on the future of Hector Bellerin as the Spanish right back has been heavily linked with an exit from Arsenal in this summer transfer window even though the season has already begun. It is no secret that Hector Bellerin is no longer Mikel Arteta’s first choice right back and its now been confirmed that he has made a decision on his future at Arsenal.

Arsenal manager Mikel Arteta seems to have lost trust in Hector Bellerin last season because the fullback struggled in the chances he was given hence the Spanish coach starting to play Calum Chambers and Cedric Soares in some games even when he is fit. There had been also rumours in January that Bellerin wanted a change scenery after having been at Arsenal in North London for a decade now but he however stayed for the rest of the 2020/21 campaign.

The Athletic is now reporting that Hector Bellerin has decided to leave Arsenal in this summer transfer window after having arrived at the North London club as a youngster and that he believes that the gunners have not shown willingness to allow him to leave before the end of the window. The report claims that Bellerin has already spoken to Mikel Arteta and the club’s technical director Edu Gaspar telling them about his desire to leave Arsenal in this transfer window even if it means he takes a pay cut at his next destination.

Bellerin leaving will surely be disadvantageous for Arsenal because they will be forced to go into the transfer market in search of a new right back since Cedric Soares would be the only real right back left at the club.

Barcelona offer their player in exchange for either of Aubameyang & Lacazette