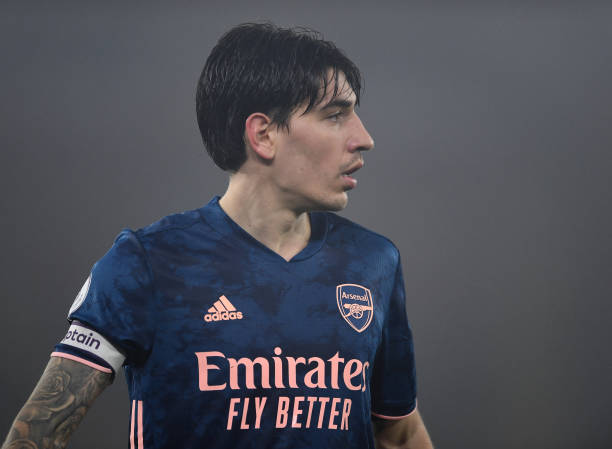 It is widely believed that Arsenal will say goodbye to Hector Bellerin in this summer transfer window as the right back is no longer the first choice in his position and the player himself has hint at possibly going to a new place after having been in North London for a decade. It’s now reported that Arsenal have begun talks with Atletico Madrid right back Kieran Trippier whose seen as a possible replacement for Bellerin.

Hecror Bellerin has been at Arsenal for a decade now and he has been impressive in most of those years as he was once tipped for a £50million move to Barcelona at his peak but the gunners at that time did not entertain that idea as he was such crucial player for Arsene Wenger. Bellerin’s woes at Arsenal begun in Unai Emery’s first season at the club after he got injured in a match against Chelsea and he was never the same after the injury as he has failed to get back his pre-injury form.

MADRID, SPAIN – JULY 19: (BILD ZEITUNG OUT) Kieran Trippier of Atletico de Madrid controls the ball during the Liga match between Club Atletico de Madrid and Real Sociedad at Wanda Metropolitano on July 19, 2020 in Madrid, Spain. Football Stadiums around Europe remain empty due to the Coronavirus Pandemic as Government social distancing laws prohibit fans inside venues resulting in all fixtures being played behind closed doors.. (Photo by Alejandro Rios/DeFodi Images via Getty Images)

The Sun is now reporting that Arsenal have started their move for Atletico Madrid right back Kieran Trippier as they hope he will be their replacement for Hector Bellerin who has been linked with an exit from the North London throughout the whole summer transfer window. The report claims that Arsenal have joined the race for Trippier after Manchester United have dropped out due to disagreement on the required fee that needs to be paid.

It is also claimed that Atletico Madrid will request for £34million for Kieran Trippier as they will not want to sell him on the same price that they signed him on from Tottenham Hotspur a few years ago. It is not revealed whether Arsenal will be able to pay the asking price of Trippier.

Arsenal receive good news in their pursuit of Tammy Abraham