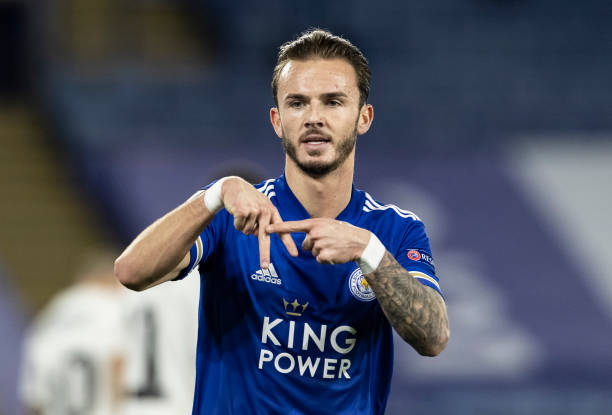 Arsenal have been heavily linked with a move for Leicester City midfielder James Maddison since they have added getting a new attacking midfielder as one of their priorities for this summer transfer window. James Maddison is a name that has been mentioned a lot of times in the press and a transfer insider has now come out to comment on the possibility of the Englishman coming to the Emirates Stadium.

Arsenal is believed to be on the hunt for a new central attacking midfielder as its clear that Emile Smith Rowe can’t play in that position for a full year since he is still a young player and some believe he could be better as a forward on the left since he likes drifting on the flanks. And so the Arsenal supporters have been excited about the prospect of having James Maddison at the club as he would be the perfect choice to take their midfield to the next level.

Transfer insider Dean Jones recently talked about Arsenal’s plans for the rest of the summer transfer window and of course James Maddison. He claimed that the gunners were hoping to make two more signings and that it’s likely that Maddison will stay at Leicester City.

“I’m told they’ll at least make two signings before the transfer window closes, hopefully three, we’ll see what positions they come in to – one of those might end up being a right-back.” said Dean Jones on a football show podcast.

“There’s nothing there. From Leicester’s point of view, there isn’t anything, they see him as worth a certain amount of money – £70m – they know that money isn’t close to being on the table. At this moment in time, Maddison is staying.”

Transfer update on the future of Aubameyang and Lacazette