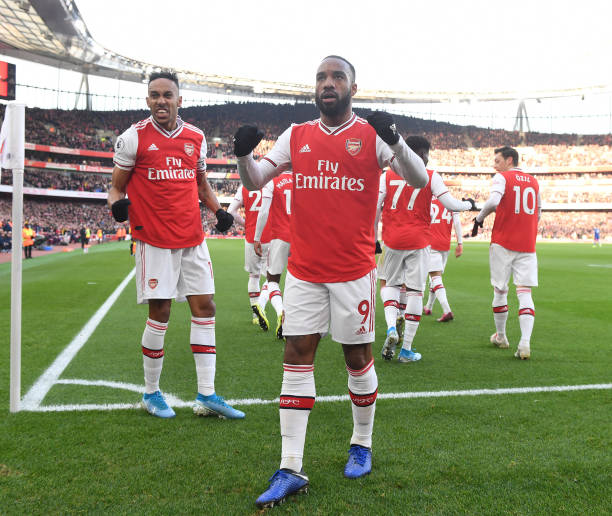 There has been a lot of speculation surrounding the future of Arsenal strikers Pierre-Emerick Aubameyang and Alexandre Lacazette.

The duo were ruled out of the Brentford match with reported “illness” and some recent reports have stated that Arsenal are willing to sell both of them.

According to Express Alexandre Lacazette could leave the club as soon as the end of this week. The French striker has just less than 12 months left on his contract and has made no sign that he will extend his contract at the club.

Lacazette is highly likely to be sold once a suitable offer is presented, Arsenal wouldn’t want to lose him for free next summer.

The same report states that Arsenal captain Pierre-Emerick Aubameyang is expected to stay at the club despite reports linking him with a move to Barcelona.

Aubameyang unlike Lacazette recently signed a new bumper contract and even if the club wanted to sell him it would be difficult for the buying side to match his wage demands unless he desperately wants a move.

It wouldn’t make sense if Arsenal sold two of their most experiences forwards with just a few days left, hence only one of the two will be sold and will open room for a new striker.

The two however, are highly unlikely to feature this Sunday as the Gunners host Chelsea.