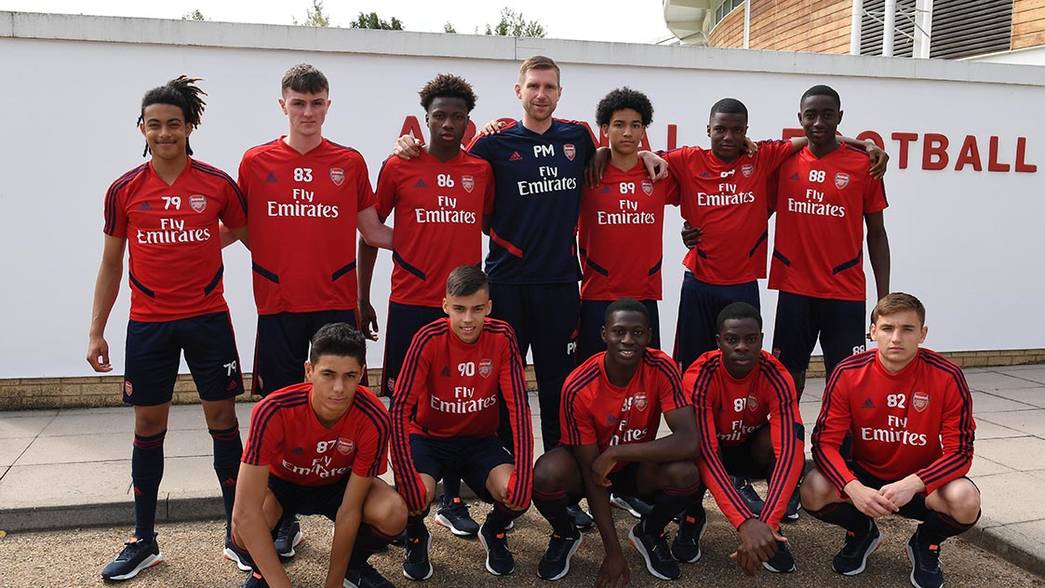 Arsenal have some exciting wonderkids down at the hale-end academy and a few aren’t far off from earning a promotion to the first team.

Arsenal’s hale-end academy has recently produced some renowned stars, among those that got away are Serge Gnabry, Donyell Malen, Jeff Reine-Adelaide and most recently Joe Willock.

Currently the Gunners are reaping big from Bukayo Saka and Emile Smith Rowe that are now glued to the starting lineup.

Here are three academy youngsters that are worth keeping an eye on:

SWINDON, ENGLAND – SEPTEMBER 07: Charlie Patino of Arsenal takes on Mohammad Dabre of Swindon during the Football League Trophy group N match between Swindon Towna and Arsenal U21 at County Ground on September 07, 2021 in Swindon, England. (Photo by David Price/Arsenal FC via Getty Images)

Patino is only 17 but has been dubbed the club’s greatest talent for his age by Sean O’Connor, the man who discovered Jack Wilshere as a young player. “The kid has got so much potential, but he’s not there yet.” O’connor said.

Left-footed and predominantly a central midfielder Patino’s play style has been likened to Jack Wilshere.

Kido Taylor-Hart signed his first pro contract last month. The youngster has risen through the youth ranks at the Emirates Stadium and looks set for a massive future in the game.

The 18-year-old made his breakthrough into the under-23 team last season scoring four goals in 13 appearances in an impressive display.

ENFIELD, ENGLAND – AUGUST 27: Kido Taylor-Hart celebrates scoring his and Arsenal’s 2nd goal during the Premier League 2 match between Tottenham Hotspur U23 and Arsenal U23 at Tottenham Hotspur Training Centre on August 27, 2021 in Enfield, England. (Photo by David Price/Arsenal FC via Getty Images)

Taylor-Hart prefers left-wing but can play in any of the attacking positions and already has two goals and an assist to his name in the three appearances he has made for the U23 side this season.

LONDON, ENGLAND – AUGUST 16: Omari Hutchinson of Arsenal rides the challenge from Jamal Baptiste of West Ham during the Premier League 2 match between West Ham United U23 and Arsenal U23 at London Stadium on August 16, 2021 in London, England. (Photo by David Price/Arsenal FC via Getty Images)

Omari Hutchinson has the best technical ability at Arsenal’s youth ranks. The youngster has exceptional ability with the ball at his feet, capable of pulling tricks and dazzling skills.

The 17-year-old attacking midfielder has two goals and two assists in three matches for the under-23s and is one to keep an eye on as he continues his development.