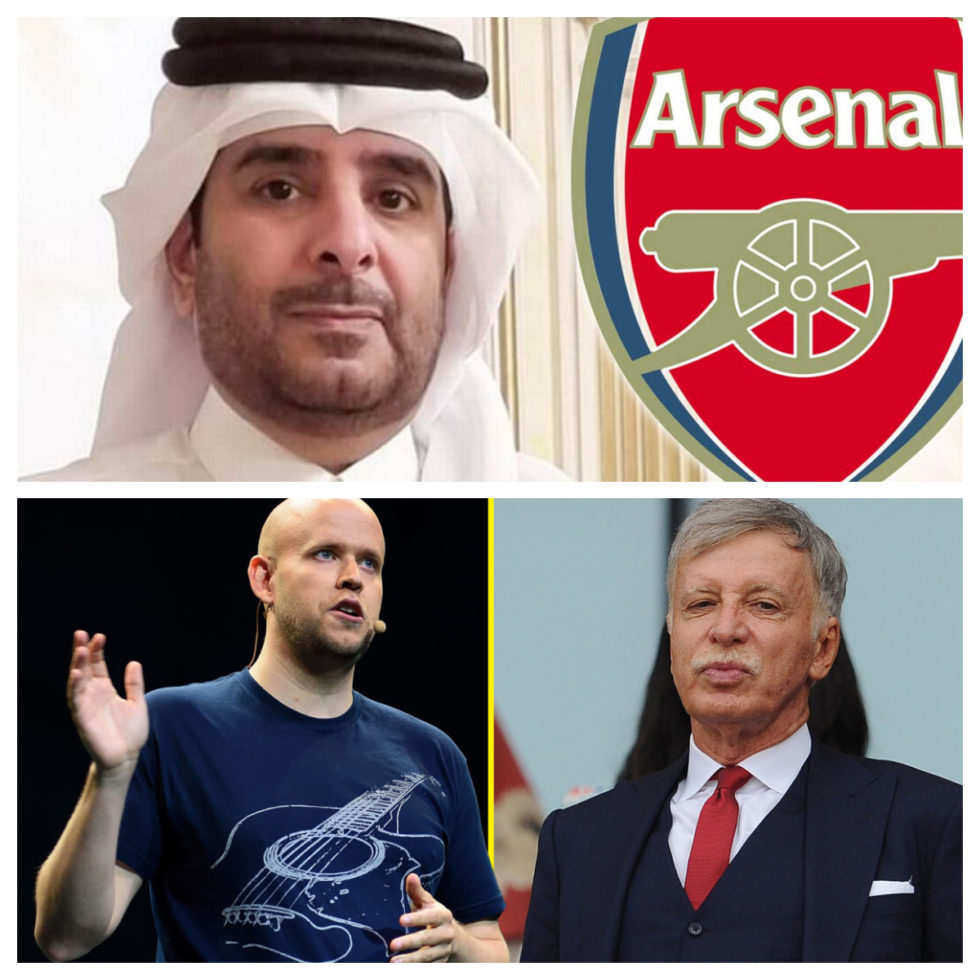 On Thursday Newcastle were sold off to the Saudi Arabia Public Investment Fund for £300million. This made the Premier league side the richest the richest surpassing Manchester City.

The Saudi Arabian organization headed by the crown prince Mohammed bin Salman is valued at £260billion compared to Sheikh Mansour Manchester City valued at £23billion. Stan Kroenke owner of Arsenal is fourth on the list with a net worth of £7billion.

Developments at Newcastle are likely to reduce the Gunners chances of ever making the Premier League top four again without major investments.

The thought of Arsenal falling further behind has left many fans furious and hoping that some sort of change can happen.

Here is a list of Billionaires that have been linked with taking over the north London club.

Nigeria and Africa’s richest man has expressed his intensions of buying Arsenal on multiple occasions.

“I’m not buying Arsenal right now, I’m buying Arsenal when I finish all these projects, because I’m trying to take the company to the next level.” Dangote said.

Dangote, worth £10billion talked of launching a takeover bid in 2021 but nothing concrete has happened.

The Spotify owner came close to buying Arsenal earlier this year when he offered the Kroenke’s a bid in the region of £2billion.

Ek was determined to buy Arsenal and was backed by a consortium that included Arsenal legends. But the Kroenke’s weren’t shaken by the Swedish billionaires bid and weren’t ready to let go of their precious cash cow.

Daniel Ek an Arsenal fan remains keen on buying the club and was recently spotted at the Emirates stadium during the north London derby. However, it remains to be seen whether he can come up with a more tempting offer.

There has been reported interest from the royal family of Qatar. In August a member of the Qatar royal family posted cryptic tweets.

Recently after news of Newcastle’s takeover, another reference to Arsenal came from the Qatari Culture Ambassador in London, Mohammed Al Kaabi, teasing a possible Arsenal takeover.

There is belief that perhaps the Qatari royals may want to own an English club alongside PSG in France and create a mini-rivalry with the Saudi Arabian and Emirati billionaires in England.

The Qatari family worth over $200billion would easily tempt the Kroenke’s to sell if there interest was to materialize.

Report: Two areas Arsenal must address in the next transfer window