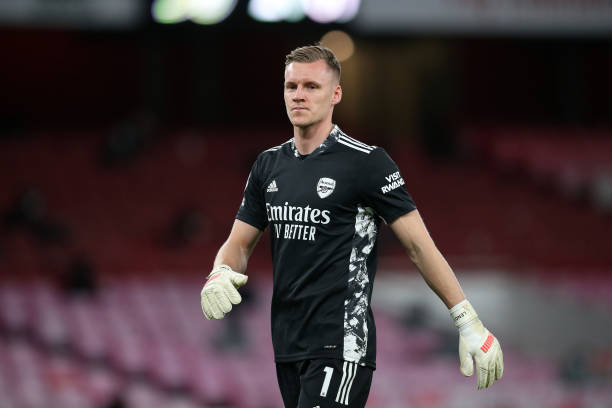 Bernd Leno has been at Arsenal for three years now after having arrived at the Emirates Stadium in the 2018 summer transfer window and he has faced some challenges in the last two seasons due to the emergence of Emiliano Martinez and now the arrival of Aaron Ramsdale. It’s now reported that Bernd Leno has finally made a decision on his future ahead of the January transfer window.

Bernd Leno has been one of Arsenal’s best signings in the post Wenger years but he has however faced some criticism in the last two seasons for not being great at distribution which seems to be the only way that Mikel Arteta wants to play. Arsenal sold Emiliano Martinez since they couldn’t promise him the no.1 role and so Bernd Leno retained it for the rest of the 2020/21 campaign but things have however changed.

Arsenal recently bought Aaron Ramsdale from Sheffield United and he seems to have become Mikel Arteta’s first choice goalkeeper after impressing in his first games as a gunner and is great at distribution. Its now reported by a German outlet Fussball that Bernd Leno will be looking to leave Arsenal in the January transfer window if he doesn’t win back the no.1 goalkeeper spot since he wants to be playing to keep his place in the German national football team.

It’s claimed that Arsenal boss Mikel Arteta has not given Bernd Leno any reassurances that he will get significant play time this season and since Ramsdale seems to be in top form since he got a chance. Then it looks like Bernd Leno’s story at Arsenal could come to an end in January and some rumours have claimed that Inter Milan are interested.