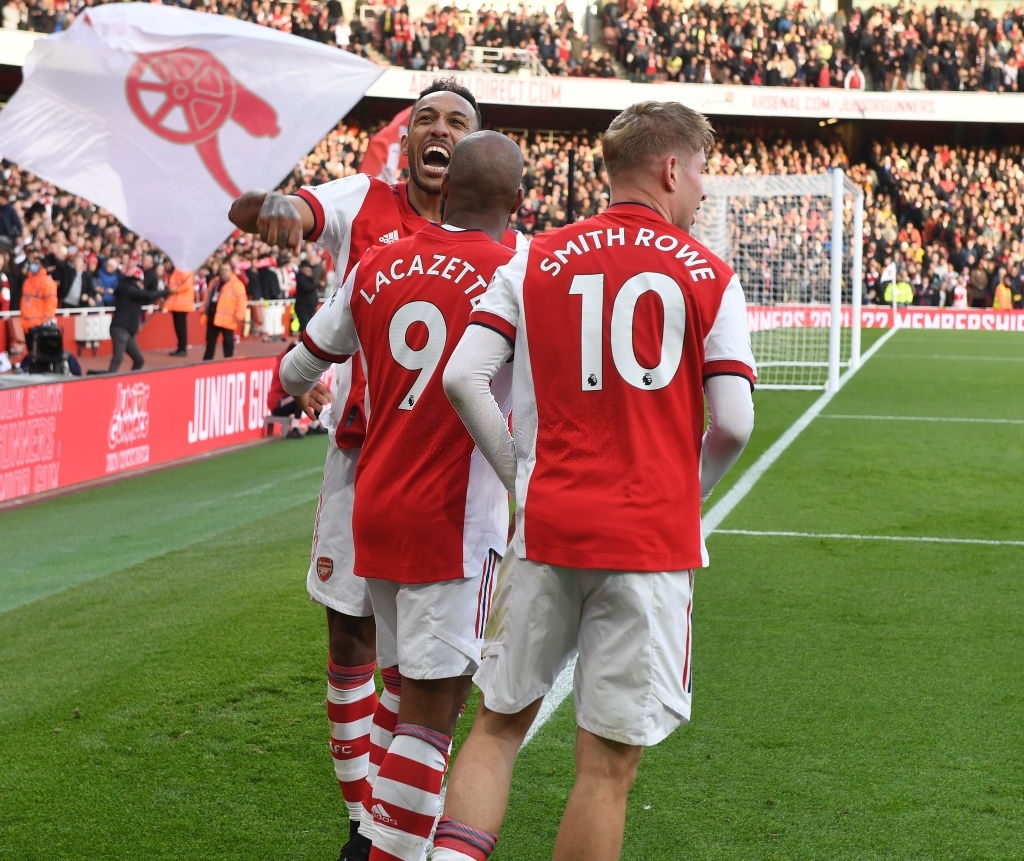 Emile Smith Rowe’s second half goal secured the three points for Mikel Arteta as he celebrated his 100th game with a win.

Early on in the game Bukayo Saka had the ball in the back of the net however, the goal was ruled out for offside.

Arsenal were awarded a penalty in the first half but Pierre-Emerick Aubameyang’s effort was saved by Ben Foster. The Gabonese striker in the second half managed to score but it was ruled out for offside again.

Here are five talking points from the match.

1. Fast start to the game is the new habit

Arsenal have made it a habit to start their games with a high tempo and lots of pressure on their opponent as seen in the last few weeks.

The Gunners have been one or two goals ahead inside the first 20 minutes in their last three league games. It was the same tactic today, Watford under intense pressure and conceded in the seventh minute, unfortunately the goal was ruled out for offside.

Emile Smith Rowe continued with his fine form this season and scored Arsenal’s solitary goal. After a dazzling run from Ben White, the ball fell to Smith Rowe and his shot went past Foster.

The 21-year-old is now the club’s joint top scorer in the Premier League and has been involved in six of Arsenal’s thirteen goals this season.

3. Bad day at the office for Aubameyang

It wasn’t a good afternoon for the Gunners captain. Aubameyang missed a couple of opportunities including a penalty effort that was saved in the first half and later on picked up a yellow card.

Pierre-Emerick Aubameyang of Arsenal during the Premier League match between Arsenal and Watford at Emirates Stadium. (Photo by Stuart MacFarlane/Arsenal FC via Getty Images)

Aubameyang has missed his second penalty of the season and has some work to do on his penalty placement.

Arsenal’s second disallowed goal resulted from Aubameyang’s slight touch on Odegaard’s shot that was already going in to the back of the net. It could have been Arsenal’s second goal had he not made contact in an offside position.

4. Maitland-Niles shows he can be an alternative

Ainsley Maitland-Niles started the game due to Thomas Partey’s groin injury and did not disappoint. He was dynamic in midfield and industrious against a physical Watford side.

Maitland-Niles has been impressive in the games he has played in midfield this season and today he formed a decent partnership with Albert Sambi Lokonga.

He showed today that he could replace Thomas Partey in midfield when he departs for the Africa Cup of Nations in January.

5. Another clean sheet for the solid back line

The new backline has been the pivot of Arsenal’s form. The Gunners have been unbeaten since Takehiro Tomiyasu and Aaron Ramsdale made their Premier League debuts.

The duo alongside Ben White and Gabriel Magalhaes have made Arsenal solid defensively. It was Arsenal’s fifth clean sheet of the season.