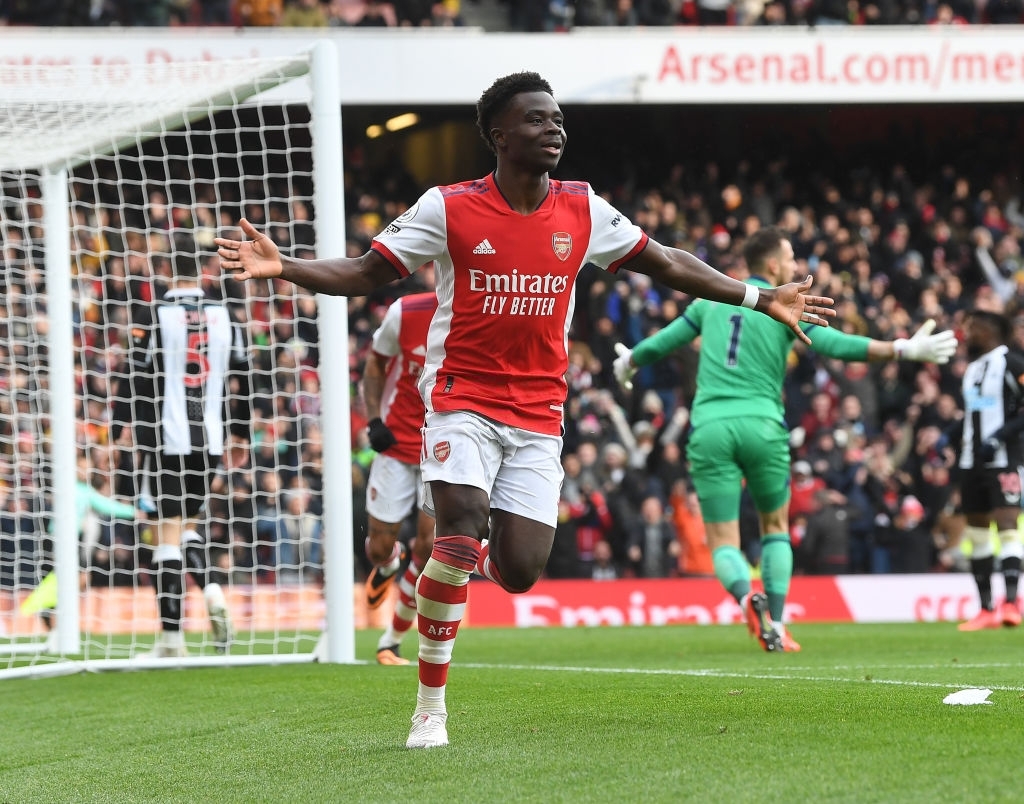 Arsenal earned a comfortable 2-0 victory over Newcastle at the Emirates stadium and got back to winning ways.

The Gunners were the dominant side in terms of ball possession and attempts on goal for the entire game.

Pierre-Emerick Aubameyang shockingly missed a good goal-scoring opportunity in the first half that could have put the Gunners ahead, on the other end Aaron Ramsdale made a superb save to prevent the visitors from scoring.

Arsenal managed to break the deadlock in the 56th minute after some good interplay and passes found Nuno Tavares whose well-timed backheel found Bukayo Saka in the right place and scored to give Arsenal a 1-0 lead.

Unfortunately for Saka, he picked up an injury and later had to be replaced. Saka was replaced by Gabriel Martinelli who scored with his second touch.

The Brazilian forward found the back of the net just 80 seconds after coming off the bench in fashion after a good through-ball from Takehiro Tomiyasu.

1. Another disappointing performance from Aubameyang

It was another frustrating day for Arsenal’s captain as he missed a good opportunity to score with the goal gaping in front of him, managing to hit the outside of the post.

He picked up a yellow card and was withdrawn after playing 76 minutes.

The Gabonese striker looked like he had his good old scoring form back with six goals in his first nine games this season, but  he has now gone four games without a goal.

2. Martinelli shows a glimpse of what he can do

Martinelli replaced Bukayo Saka and it took him less than two minutes after coming on to score.

The 20-year-old showed what he is capable of doing when given a chance, clipping the ball over the Newcastle goalie from a tight angle to double Arsenal’s lead.

Going forward Mikel Arteta could hand the youngster a start ahead of misfiring Aubameyang after his performance today.

Aaron Ramsdale made five saves including one brilliant stop in the first half to deny Newcastle a goal when the game was still 0-0.

It was a well deserved clean sheet for Arsenal’s new hero who once again didn’t disappoint when called in to action.

4.Tavares manages to redeem himself

LONDON, ENGLAND – NOVEMBER 27: Nuno Tavares of Arsenal battles for possession with Jacob Murphy of Newcastle United during the Premier League match between Arsenal and Newcastle United at Emirates Stadium on November 27, 2021 in London, England. (Photo by Richard Heathcote/Getty Images)

Despite making an error that cost Arsenal a goal against Liverpool, Arteta selected Nuno Tavares once more.

His first half display was slightly frustrating as he made too many unnecessary shots that ended up in the stands. But his work rate and energy levels were unmatched and he got himself a great assist in the second half.