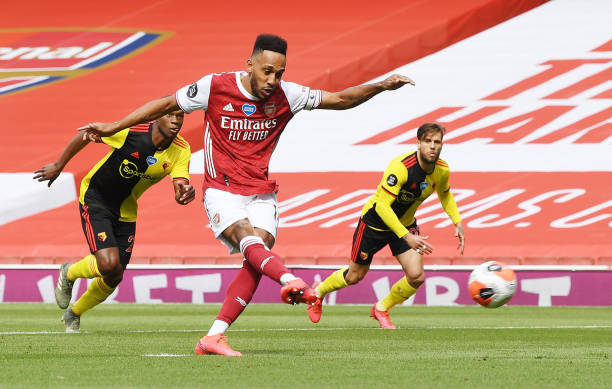 Arsenal will be looking to get a third straight Premier League win when they host Watford on Sunday afternoon.

After an impressive 2-0 win at Leicester last week, the Gunners stand a good chance of entering the top four just before the international break if they can beat the Hornets.

Arsenal are on an unbeaten run of nine matches across all competitions, the Gunners haven’t been on such a run since the 2019/20 season.

Watford are three points away from the relegation places after sacking head coach Xisco Munoz and appointed Claudio Ranieri who won the Premier League with Leicester City.

Granit Xhaka (long-term knee injury) is Arsenal’s only injury concern for Sunday. Kieran Tierney will be in contention  for this game after returning to full training.

Tierney will be subjected to a late fitness test and will battle with Nuno Tavares for the left-back spot.

Watford have lost six of their seven away Premier League games against Arsenal, with the exception being a 2-1 victory in January 2017.

Arsenal have won 11 of their 14 Premier League meetings with Watford (D1 L2), scoring at least once every single time they’ve faced the Hornets in the competition.