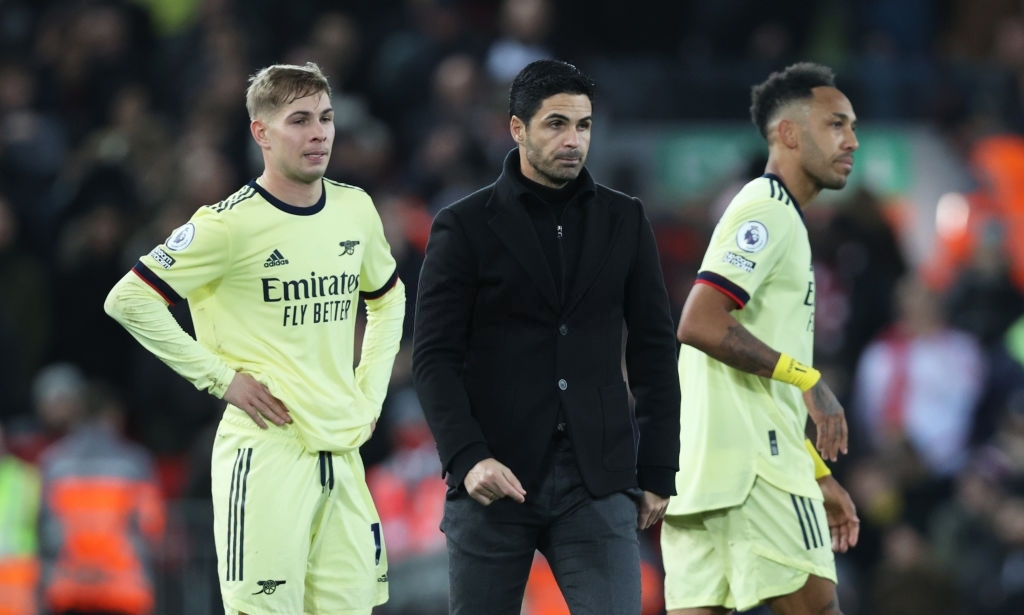 Arsenal’s unbeaten run in the Premier League has been ended after a heavy defeat at Anfield. The Gunners were outclassed by their opponents in the second half after a promising first half.

The hosts took the lead shortly before halftime when Sadio Mane headed in Alexander-Arnold’s free-kick, this was after Aaron Ramsdale had made multiple saves to deny the Reds.

In the second half, the Gunners made many mistakes and were punished when Diogo Jota took advantage of Nuno Tavares’s clumsy pass to make it 2-0. Things got worse when Mohamed Salah finished off a counter-attack making it 3-0.

Liverpool scored their fourth through Takumi Minamino making it 4-0 from close range.

Here are three talking points from the match.

Aaron Ramsdale is the bright spot once again

Despite Arsenal’s disappointing performance Aaron Ramsdale managed to make some excellent saves, especially in the first half before Liverpool had found their stride.

Had it not been for his fine saves the scoreline would have been even more embarrassing. He was Arsenal’s best player.

The Arsenal manager had a scene on the touchline in the first half when Takehiro Tomiyasu was unfairly challenged by Sadio Mane. This prompted Arteta’s anger and he got aggressive with Liverpool manager Jurgen Klopp.

Both managers received yellow cards and later on, Liverpool took the lead with momentum on their side.

Still, a lot to learn for this young team

Arsenal made many individual mistakes, a young team was squaring off against an experienced team that is levels above.

Nuno Tavares had a sloppy performance that cost Arsenal however, the game was lost in the midfield. Thomas Partey and Albert Sambi Lokonga were no match for Liverpool’s midfield dominance.

Arteta and his young team have to learn from these mistakes especially when playing against the best teams in the  league.