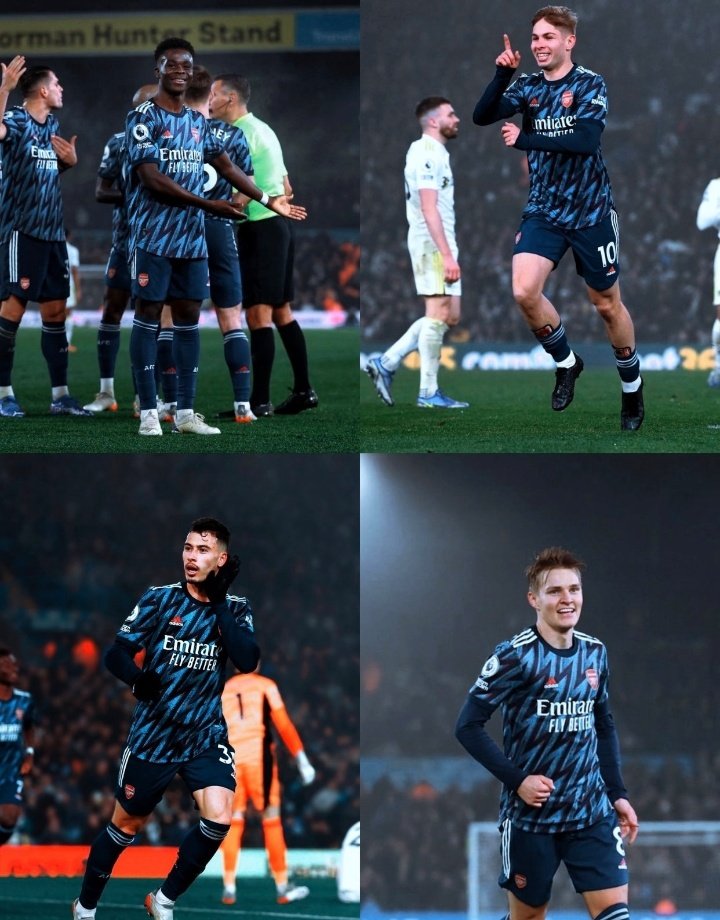 Arsenal’s young attacking quartet comprising of Gabriel Martinelli, Bukayo Saka, Martin Odegaard, and Emile Smith Rowe have scored 21 goals in the Premier League, 66% of Arsenal’s goals, and have a combined 11 assists between them.

Mikel Arteta integrated Gabriel Martinelli into the starting lineup, Martin Odegaard has cemented himself in the no.10 role while Alexandre Lacazette has managed to regain his place as Arsenal’s no.9 and captain.

Someone has had to be sacrificed, Emile Smith Rowe has had to start from on the bench and has managed to score whenever brought on and is the club’s leading scorer.

Here are two ways Arsenal could line up with Smith Rowe included with the other three.

Smith Rowe as a false nine

Smith Rowe has been unfortunate not to have his name on the team sheet of late. (Photo by Stuart MacFarlane/Arsenal FC via Getty Images)

It’s unfair for the top scorer to be sitting on the bench, Smith Rowe has shown how lethal he can be when given the chance to shoot inside or outside the box.

This could prompt Arteta to utilize the 21-year-old as a false number nine.

A false nine repeatedly moves towards the ball in deeper positions from a high starting position, often dropping to receive it centrally in doing so, draws players out of position and disrupts the opposition’s defence.

Gabriel Martinelli as the centre-forward

The industrious Martinelli has rediscovered his debut season and pre-injury form down the left-wing. The Brazilian’s best position is on the left where he has a free role to essentially makes his runs where there is space and where he could inflict the most damage.

Martinelli has shown his predatory instincts that are typical of a centre forward and could easily be moved to the middle to accommodate Smith Rowe, Odegaard, and Saka behind him.

However, this would leave Arsenal’s experienced forward and captain on the bench. Lacazette is likely to leave once he is out of contract but his impact in the starting eleven cannot be ignored.

The Gunners are functioning better with Lacazette in the striker role than were with Aubameyang, the Frenchman’s link and hold-up attributes have been integral to Arsenal’s form.

Much as we’d love the idea of the long-term front four, letting Martinelli, Smith Rowe, Saka and, Odegaard think they already have a secure spot on the team would reduce their adrenaline to compete with one another.

The rotations, tactical adjustments from Arteta and healthy competition amongst the youngsters would be of more benefit to the team.