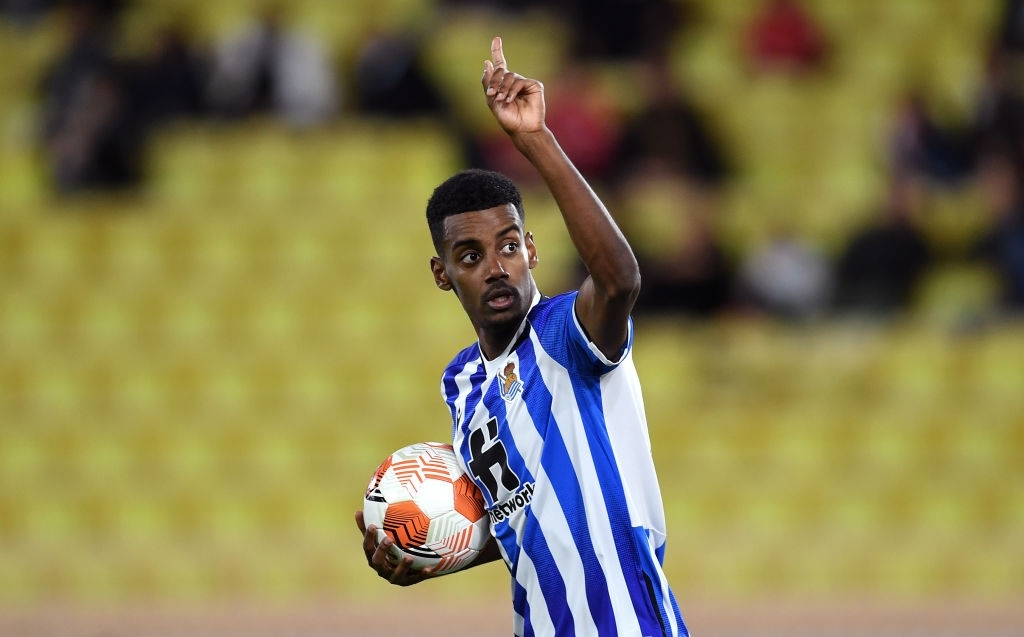 Arsenal are reported to be attempting one last kick at the can regarding signing a striker.

After a failed Dusan Vlahovic move, the Gunners have their eyes set on Real Sociedad striker Alexander Isak.

Isak was spotted in London today fueling speculation over a possible move to Arsenal ahead of the transfer deadline.

The 22-year-old has netted four times in the La Liga for Sociedad this season and had an impressive 17 league goals last season.

Isak has an impressive technical ability more so is how comfortable he is with both feet. His good link up play would suit Arsenal’s style and the chemistry he had with Odegaard while he was as Real Sociedad is worth mentioning.

The Sweden international however has a staggering release clause of £70m and Arsenal would have to either negotiate for a lower fee or trigger the clause.

Arsenal’s strikers Pierre-Emerick Aubameyang and Eddie Nketiah continue to be linked with exits.

Pierre-Emerick Aubameyang signs for Barcelona on a free transfer