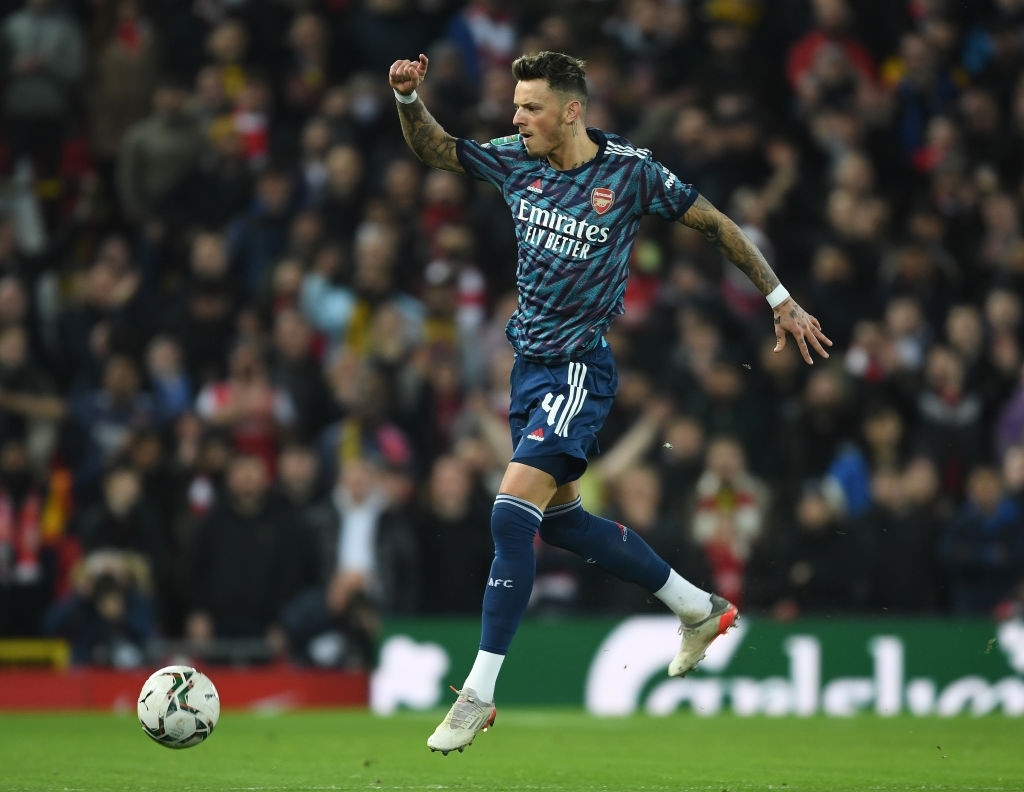 Arsenal defender Benjamin White was the man of the match during Arsenal’s goalless draw at Anfield.

The former Brighton & Hove Albion defender had seven clearances, three tackles (100% won), three interceptions while blocking three shots. He also won three of his five ground duels around the box, helping 10-man Arsenal to avoid defeat and remain in the tie going into the second leg.

However, after Granit Xhaka’s dismissal that got him suspended for two games, Mikel Arteta has been handed a midfield selection crisis.

With Thomas Partey and Mohamed Elneny away on international duty and Martin Odegaard out with COVID, Albert Sambi Lokonga remains Arsenal’s only senior central midfield option.

It is understood that Arsenal are close to signing Arthur Melo on loan to bolster their midfield but he won’t be available for selection against Tottenham on Sunday.

Arsenal hoping talks with Juventus today can really move things forward in terms of Arthur’s loan. Player wants the move done quickly and is pushing for it, sees the PL as the best league in the world. Juventus are still to sign off on it though. Arsenal and Arthur waiting. pic.twitter.com/mqF8t3OOzk

This could prompt Arteta to deploy White in the midfield alongside Lokonga on Sunday. The Arsenal boss recently suggested using the 24-year-old in midfield.

“It’s an option that we have. He has played there before.” Arteta said.

“He has played as a central defender, he’s played as a right-back and he’s played in a back three. That’s one of the positive things with Ben, that he has the capacity to play in different roles.”

With his good passing skills, exceptional decision-making and game reading, White could easily move to midfield and either Rob Holding or Calum Chambers plays at the back.

OFFICIAL: Tottenham vs Arsenal postponed by the Premier League