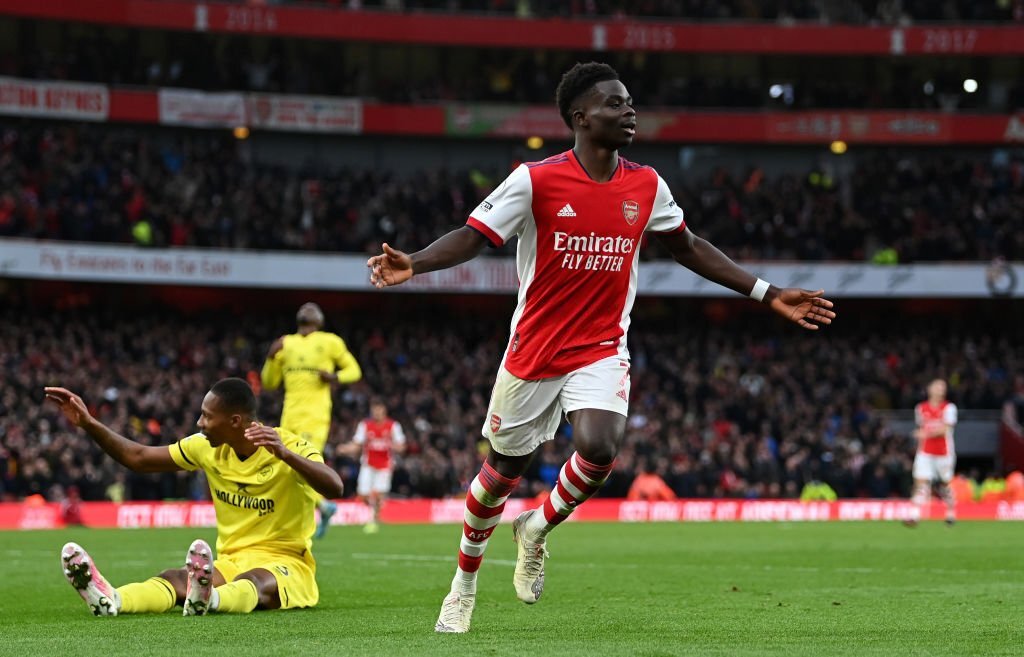 Arsenal were 2-1 winners over Brentford today and registered a second successive win in the league.

The Gunners dominated the first half but didn’t have any goals to show for it albeit a disallowed goal from Alexandre Lacazette and several shouts for a penalty turned down by the referee and VAR.

Emile Smith Rowe finally broke the deadlock early in the second half with a wonderful goal. The 21-year-old cut inside down the left wing after receiving the ball from Lacazette and drilled a shot into the bottom right corner of the net to give Arsenal the lead.

Emile Smith Rowe of Arsenal celebrates after scoring their side’s first goal with Alexandre Lacazette during the Premier League match between Arsenal and Brentford at Emirates Stadium on February 19, 2022 in London, England. (Photo by Shaun Botterill/Getty Images)

Arsenal’s attempts to kill off the game finally paid off in the 79th as Bukayo Saka finished off a counter-attacking move. Saka received a through pass from Partey on the left side and raced onto it and fired it into the bottom right corner to make it 2-0

Yet again Arsenal had another penalty shout as Pepe was tripped in the box but the referee turned a blind eye to the foul.

Brentford got themselves a consolation goal through Christian Norgaard in the last minute which was initially ruled out for offside by the linesman but eventually awarded by VAR. This was unfortunate for Arsenal’s defence that hadn’t been troubled much by the visitors and missed out on a clean sheet.

The win puts Arsenal on 42 points after 23 games, level on points with West Ham with three games in hand and one point behind fourth-placed Manchester United that have played two more games than Arsenal.