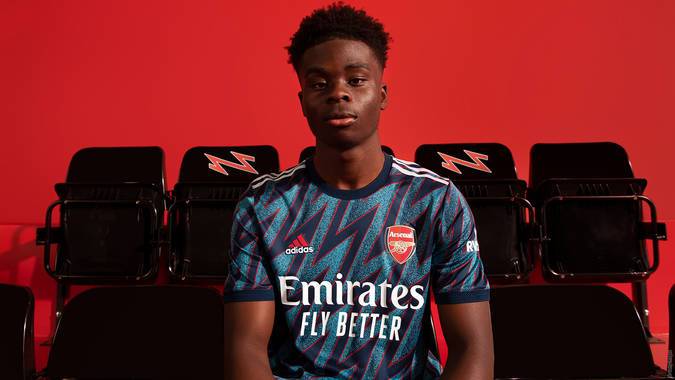 Arsenal young winger Bukayo Saka has surprisingly been one of their most important players this season as he has along Emile Smith Rowe and Gabriel Martinelli been very instrumental in the gunners having a chance of getting a UEFA Champions League spot in this 2021/22 campaign.

The gunners are believed to have already started talks to try to tie Bukayo Saka down to a new contract but it’s however reported that the young Englishman has put one condition before he signs the new deal. A report by the Daily Mail claims that Arsenal have indeed begun the process of trying to keep Bukayo Saka in North London for more than the current 2024 deal he has that but that the club might find difficult to convince him to sign if they once again miss out on UEFA Champions League as they have not played in the competition since 2016.

Bukayo Saka’s current contract at Arsenal will end in 2024 and it’s believed that he wants to play in the highest levels of football now as his age mates, and English teammates like Phil Foden, Jude Bellingham and Sancho have already played with the best of the best in the UEFA Champions League. Arsenal will likely not be afraid that Saka is leaving in the summer if they don’t get a UEFA Champions League spot but they won’t want to go through another experience like they had in the Alexis Sanchez and Mesut Ozil saga.

It will be interesting to see how Arsenal performs for the rest of this season as many of their plans such as tying Saka to a new contract and signing other top players could depend on them getting back to the UEFA Champions League.

Pierre-Emerick Aubameyang signs for Barcelona on a free transfer