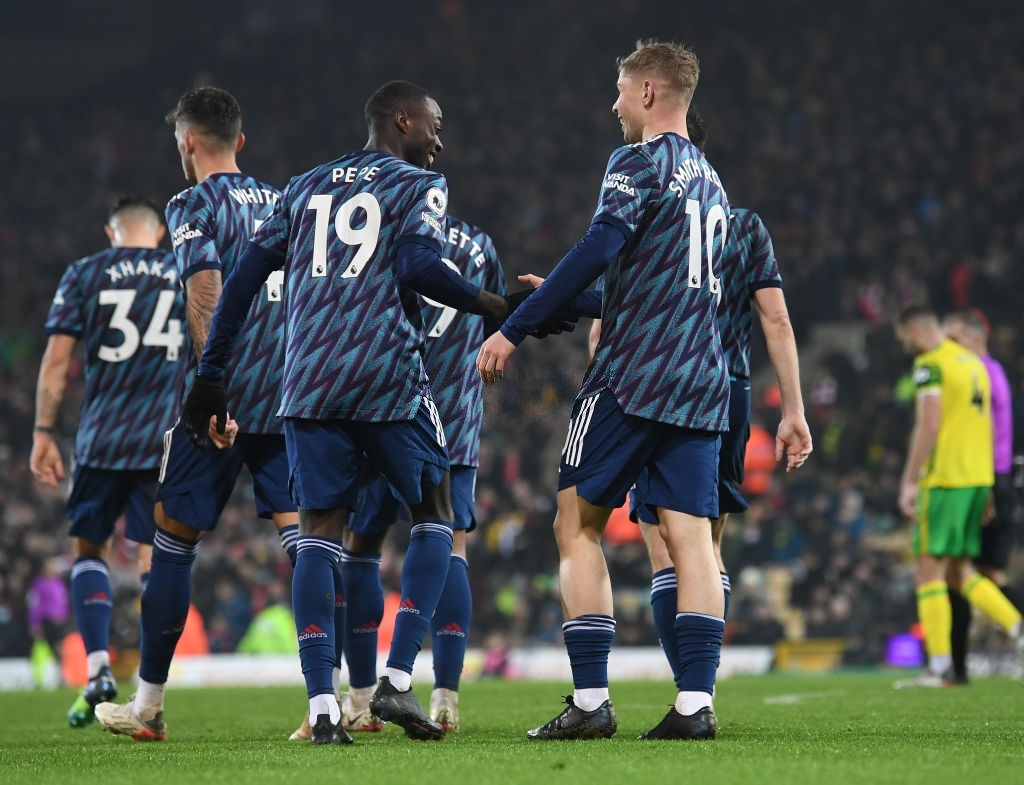 After failing to strengthen the squad in the January transfer window, Arsenal are left with a weaker squad for the final 17 games of their season.

Arsenal sanctioned various sales however, no replacements were brought in especially to fill the void left by Pierre-Emerick Aubamayang who in December was captain and main striker.

The Gunners are left with a squad of high-flying youngsters but can they see out the season and guide Arsenal to the Champions League?

Arteta will have to make use of two players that he has sidelined and one of those is club-record signing Nicolas Pepe.

Pepe has been inconsistent and underwhelming though he recently impressed for Ivory Coast at the Nations Cup, nonetheless, Arteta will need his services on either of the wings.

Of late the Arsenal boss has had a definite starting eleven that has seen Emile Smith Rowe sacrificed for Gabriel Martinelli and Martin Odegaard. Despite being Arsenal’s top scorer, the 21-year-old number 10 has been benched whenever Arteta’s starting eleven in a 4-2-3-1 has been fully fit.

Arsenal struggled to break down a rigid Burnley side and will likely have this issue for the rest of the season unless Arteta finds a way of tweaking his team.

What’s worrying is that the present strikers have a combined two goals from open play in the Premier League. Perhaps utilizing Pepe or Smith Rowe as a striker wouldn’t be a bad idea.