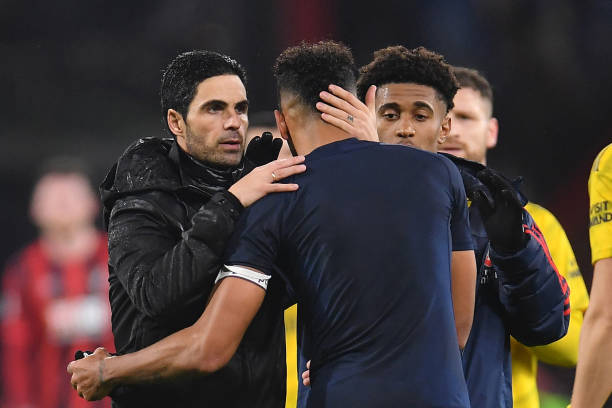 Arsenal in the January transfer window saw many players leave the club and among them was their disgraced former captain Pierre-Emerick Aubameyang who made a move to Barcelona after he fell out with the North Londoners. Arsenal manager Mikel Arteta took away Aubameyang’s captaincy a few months back and the Gabon international never featured for the gunners since then as he then later left for the African Cup Of Nations.

Pierre-Emerick Aubameyang moved to Barcelona on the January transfer window deadline day and he was recently asked what made him leave Arsenal after having been there for three years, and he confirmed that he had no problem with Arsenal as a club but that his only obstacle was with the manager, Mikel Arteta.

Arsenal manager Mikel Arteta faced the media today ahead of his side’s match against Wolverhampton and he sent a stone cold message to Aubameyang who recently said that the Spaniard was the problem in their bitter relationship in the final months of the Gabon international at the Emirates Stadium.

“I’m extremely grateful what Aubameyang has done and his contribution. The way I see myself in that relationship is the solution, not the problem.” said Aubameyang telling reporters.

And on Aubameyang saying he was the problem:

“That’s his opinion, that’s what he said and you have to respect that.”