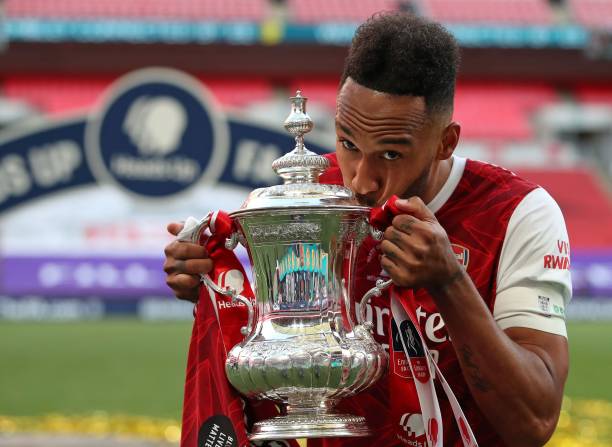 Pierre-Emerick Aubameyang has completed a permanent move to Barcelona on a free transfer on deadline day.

Aubameyang joined Arsenal in January 2018 for a then record fee of £56m from Borussia Dortmund. He made 163 appearances for the Gunners, scoring 92 times and providing 21 assists.

He notably helped Arsenal win the 2020 FA Cup and Community Shield double and also won himself the Premier League golden boot in 2019.

The Gabonese forward extended his contract at the start of the 2020/21 season and earned himself an improved salary of £350,000-per-week.

A gargantuan thank you & wishing you the best, @Auba. ❤️ pic.twitter.com/2eepQDw0Jm

Aubameyang was frozen out of the team after a disciplinary issue that saw him stripped of his captaincy role and was left out of Arsenal’s squad for the trip to Dubai, indicating an imminent exit.

Barcelona was his destination until the move nearly collapsed over the Catalan giants finances. The payment of Aubameyang’s salary was the challenge. Initially, Arsenal were not set to receive a loan fee for the 32-year-old for a simple loan.

Pierre-Emerick Aubameyang contracts have been signed and then also on Arsenal side to terminate current deal. 📑🔴 #FCB

Official in the morning. 🤝 pic.twitter.com/vrk9zcoXS3

However, as the negotiations progressed the deal instead became a free transfer departure with Aubameyang pushing for the move.

Arsenal will save close to £30m in wages for the remaining 18 months of Aubameyang’s contract.

Thank you for your service, and good luck Auba!