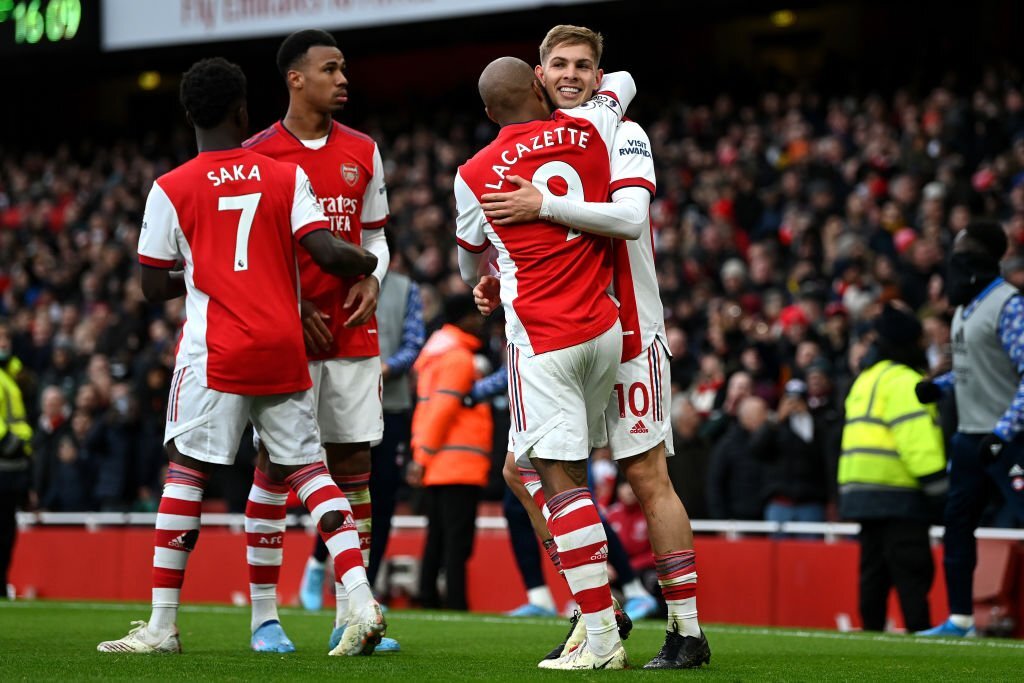 Arsenal will clash with Wolves for the second time in the space of a fortnight. The Gunners edged out their opponents 1-0 in the reverse fixture two weeks ago.

Mikel Arteta’s side have an opportunity to move closer to the top four if they complete the double over Wolves, Arsenal are four points behind fourth places Manchester United with three games in hand.

However, it won’t be an easy task, Wolves are a tricky side and they are in fine form, winning five of their last six league fixtures. These wins were against Manchester United, Tottenham and Leicester City while Arsenal handed them their only defeat in eight league games.

Arteta could make one change to the team that beat Brentford on Saturday as Takehiro Tomiyasu makes his way back into the starting team although Cedric could retain his place after a good show against Brentford, Tomiyasu is the preferred choice to stifle the Wolves wingers.

With Arteta’s setup leaning towards a 4-3-3 Granit Xhaka finds himself in a more advanced role rather than the double pivot with Thomas Partey.

The dilemma for Arteta will be who to select between Emile Smith Rowe and Gabriel Martinelli. Martinelli is back from suspension but Smith Rowe deserves to keep his place as a reward for scoring the most goals for the club this season.

Arteta also hinted at deploying Smith Rowe as a central forward as an alternative to Alexandre Lacazette who has been inefficient in front of goal.