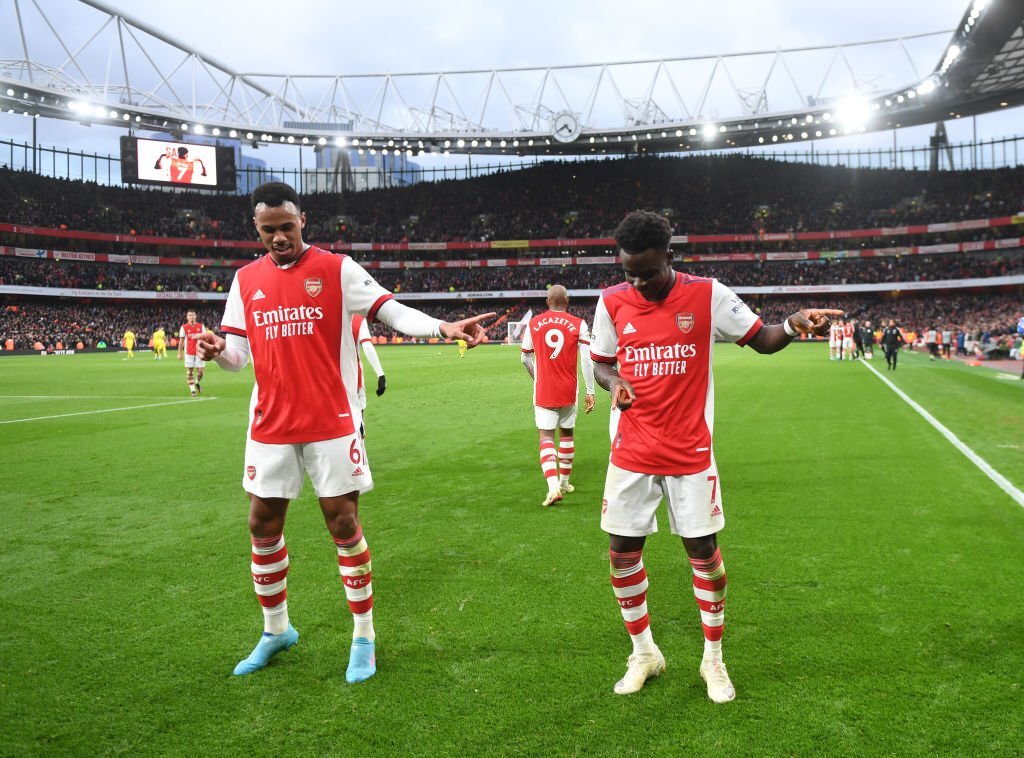 Arsenal’s main target at the start of the season was to get back into the UEFA Champions League but even with spending a significant amount of money in the summer transfer window, it still seemed like a tough task for this young North London side. So we are going to a look at two points why the gunners have definitely secured top four in this 2021/22 campaign.

West Ham United has the same points (42) as Arsenal and Manchester United only has four points ahead of the North Londoners but the gooners are however confident that they will get a top four place ahead of these two because they have three games in hands that would allow them to go ahead of The Hammers, and The Red Devils.

Although some will say that Arsenal can’t rely on those three games since some are against top sides but the gunners have been better against the big clubs this season as even odds show that Chelsea or Tottenham Hotspur won’t be clear cut favourites to beat the North Londoners when they meet. If you are looking for a place to take bets on this game, you should know that there are a lot of betting sites out there. However, it is very important to make sure you are choosing the best fit for you. BettingTop10 Uganda is one if the most trustful sites that provide you all the information you need to choose bookie, betting tips and so much more. Therefore, we highly recommend to check this site and only than make your bets.

ARSENAL OUT OF ALL COMPETITIONS

Arsenal have not been in the UEFA Champions League since 2016 and after many years of trying to sneak back in there via winning the UEFA Europa League, they this season started the campaign without any European competition because they finished eighth on the Premier League table last season. The gunners have also been knocked out of the Carabao Cup and the FA Cup hence remaining with only the Premier League, and they now have their best chance of getting top four after being in only one competition, coincidence? I think not.

Arsenal will have an advantage over Manchester United as it still has to worry about the UEFA Champions League and so the gunners competing in only one competition at the moment could be a very important blessing.