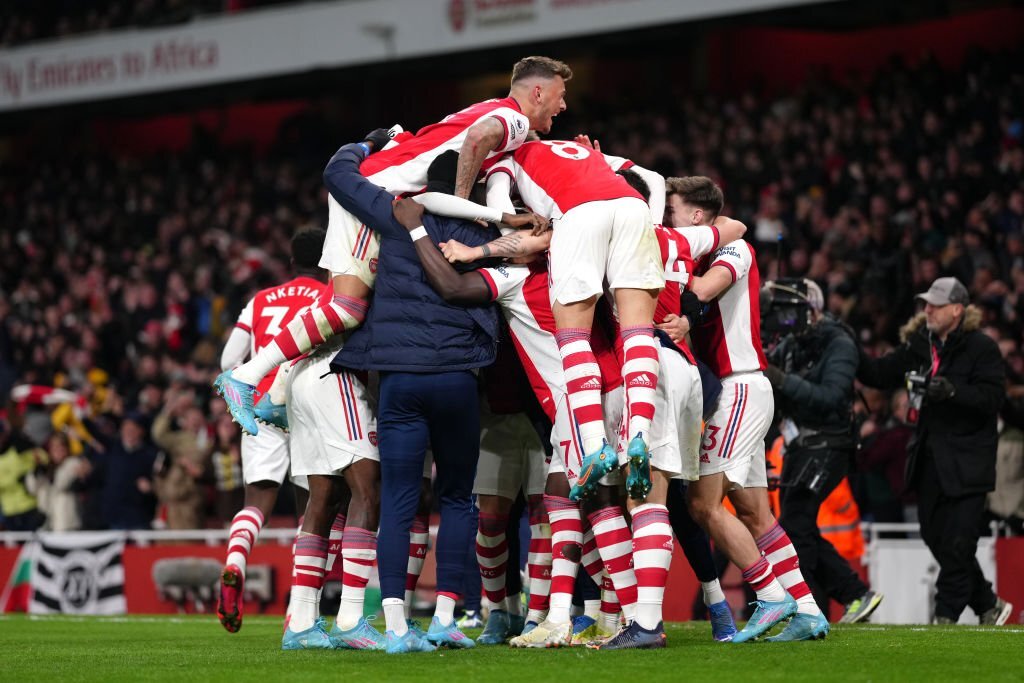 The Premier League will return at the weekend and Arsenal will be making a visit to the London Stadium to face West Ham United with the hope of getting all the three points to avoid getting thrown out of the Premier League top four. This will be a huge game for Mikel Arteta as he will hope to keep up their momentum after beating Chelsea and Manchester United.

Arsenal boss Mikel Arteta will be expected to choose his best starting eleven since all their remaining games are like finals to them. So we take an early look at how Arteta’s team might look like on Sunday against The Hammers.

Aaron Ramsdale is Arsenal’s first choice goalkeeper and so he will definitely in between the goal posts on Sunday.

Tomiyasu will definitely replace Cedric as the starting right back since he got some little game time in the last match and so him, and Tavares will play as fullbacks while Gabriel & White play in the centre.

Granit Xhaka and Mohamed Elneny have been impressive in the last two games and their partnership will likely continue this Sunday against West Ham United.

Gabriel Martinelli is once again expected to miss out as Arteta won’t want to change what helped beat United and so the attacking three will remain Smith Rowe, Odegaard and Saka.

Eddie Nketiah will start at striking on Sunday as he has been impressive in the wins against Chelsea and Manchester United, and so Arteta is likely to give him the chance.