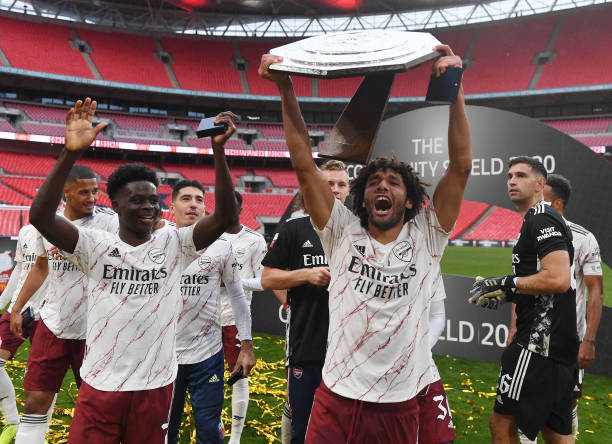 Arsenal midfielder Mohamed Elneny has been at the club for more than five years now but he has never been a regular starter in the starting eleven that plays in the Premier League. Mohamed Elneny has shined in Arsenal’s last two important wins against Chelsea and Manchester United hence fans starting to enquire whether the club has been too forgetful of him when he is capable. Elneny has come out to speak out on his future.

The general consensus is that Mohamed Elneny played a huge part in Arsenal beating Chelsea and Manchester United as the previous two games had proved that they needed someone like him in the central midfield. Mohamed Elneny is however among the players whose contracts at the Emirates expires at the end of this season and we are yet to hear whether the North Londoners will offer him a new deal.

The 29 year old has been at Arsenal for six years and a large amount of that time has been with him on the bench. Mohamed Elneny was recently asked whether he would accept a contract renewal that could keep him in the same state of being a just back up player for Arsenal and here’s what he replied.

“Of course.I always love a challenge and give 100 per cent all the time. I don’t decide who plays but I keep going in training to show how good I am and to make him play me.” Mohamed Elneny told The Independent.