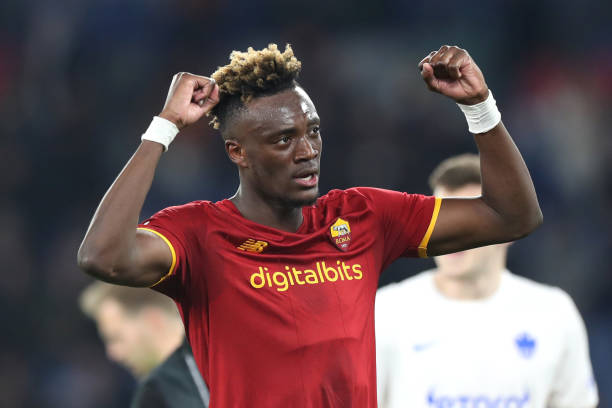 Arsenal will be one of the clubs that will be in the market for a new striker in the soon to open summer transfer window because they will by the end of this season have had an exodus of strikers i.e Pierre-Emerick Aubameyang, Alexandre Lacazette and Eddie Nketiah. AS Roma’s Tammy Abraham is among the players that are on the list of summer striker targets.

Tammy Abraham was sold by Chelsea after it brought in new signings and his departure from West London has turned out to have been a blessing for him as he has been impressive in the Serie A as he has scored 15 league goals as well as making four assists hence attracting interest from many European clubs such as Arsenal. It is now being reported that Arsenal have now got to learn the amount they will need to pay to sign Abraham from AS Roma.

Football.London claims that Arsenal have now been told that AS Roma have set an asking price of €80million for Tammy Abraham to fend off all the potential suitors that have got interested in the Englishman. The report confirms that this asking price of AS Roma will definitely see Abraham’s potential suitors look elsewhere, since the Italian club is determined to keep him after he impressed for them.

It will be interesting to see if Arsenal will dive into this quagmire of trying to sign Tammy Abraham when AS Roma are trying to hike his price to make clubs lose interest in him but current events indicate the North Londoners aren’t poised in one area as it seems like their interest in City’s Gabriel Jesus has a higher chance of getting successful.