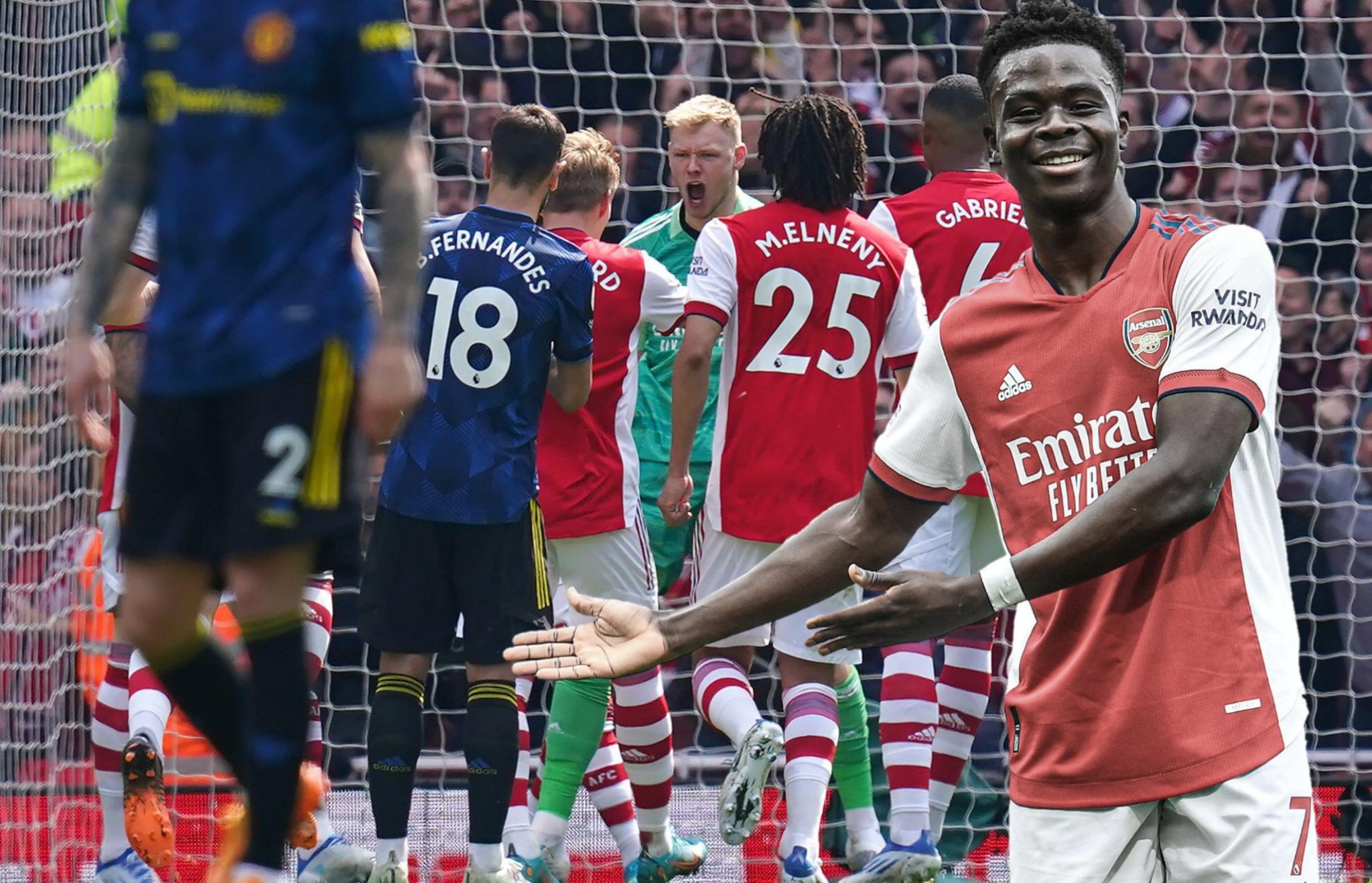 Arsenal faced Manchester United a week ago and they won 3-1 thanks to goals from Nuno Tavares, Bukayo Saka and Granit Xhaka. Arsenal goalkeeper Aaron Ramsdale was in goal for that match and although he had a remarkable performance that saw him get fantastic saves, he also created a lot of buzz on social media for what he did after Bruno Fernandez failed to convert the penalty.

Arsenal were the first to get on the score sheet thanks to a goal from Nuno Tavares and they then later doubled their lead through a Bukayo Saka penalty but Manchester United immediately got back into the game thanks to a goal from Cristiano Ronaldo hence making it 2-1. This brought a lot of pressure to the Arsenal side as Manchester United now controlled the game and then searched for an equaliser until they got a penalty.

To the surprise of many, Bruno Fernandez was chosen as the one to take it over Ronaldo and he however missed which saw Arsenal goalkeeper Aaron Ramsdale to celebrate right in front of the sad Portuguese star. This brought a lot of buzz on social media with many calling Ramsdale a good s***house and he has spoken out on this issue.

“It was good sh**housery, but I think it got blown out of proportion because there was five or six Arsenal players in front of me so I celebrated with them.” Aaron Ramsdale said on That Peter Crouch Podcast.

“It looked like it, I probably had that a bit in my head then stopped halfway, but it’s just emotion. Nothing to do with him or to do with the football club or anything like that. It was just pure emotion.”

Arsenal’s kits for next season and their release dates revealed