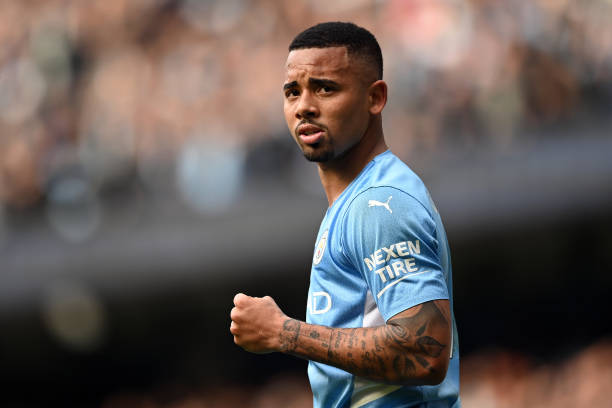 Arsenal will in the summer transfer window try to replenish their squad since they decided to not sign any players in the January window so that they can plan better for this upcoming one. Arsenal seem to have identified Manchester City striker Gabriel Jesus as one of their main summer targets but it’s now reported that the North Londoners might have received bad news in their pursuit of the player.

Gabriel Jesus has been impressive for Manchester City throughout his time at the club and since Mikel Arteta worked with him when they were both at the Etihad Stadium plus Arsenal’s need for a new striker after the departure of Pierre-Emerick Aubameyang and soon of Alexandre Lacazette, the gunners have then resolved to try to sign Jesus in the summer transfer window.

Arsenal have however received bad news in their pursuit of Gabriel Jesus as highly trusted transfer news journalist Di Marzio via wettfreunde said that Manchester City manager Pep Guardiola might stop the sale of the Brazilian international despite the imminent arrival of Borussia Dortmund star Haaland. He claims that Guardiola seeing the performance Jesus put in against Real Madrid will see him stop the sale because he is a manager that values flexibility which is something the Brazilian international offers.

This will be a big blow for Arsenal as most reports have said that the gunners have already had discussions with Jesus’ representatives and that what was left was for talks between the clubs to begin once the summer transfer window opens. So Arsenal will now hope that Gabriel Jesus is still eager to leave when time comes as without him pushing for a departure, The Citizens have the ability to sign Haaland without selling him to rise cash.