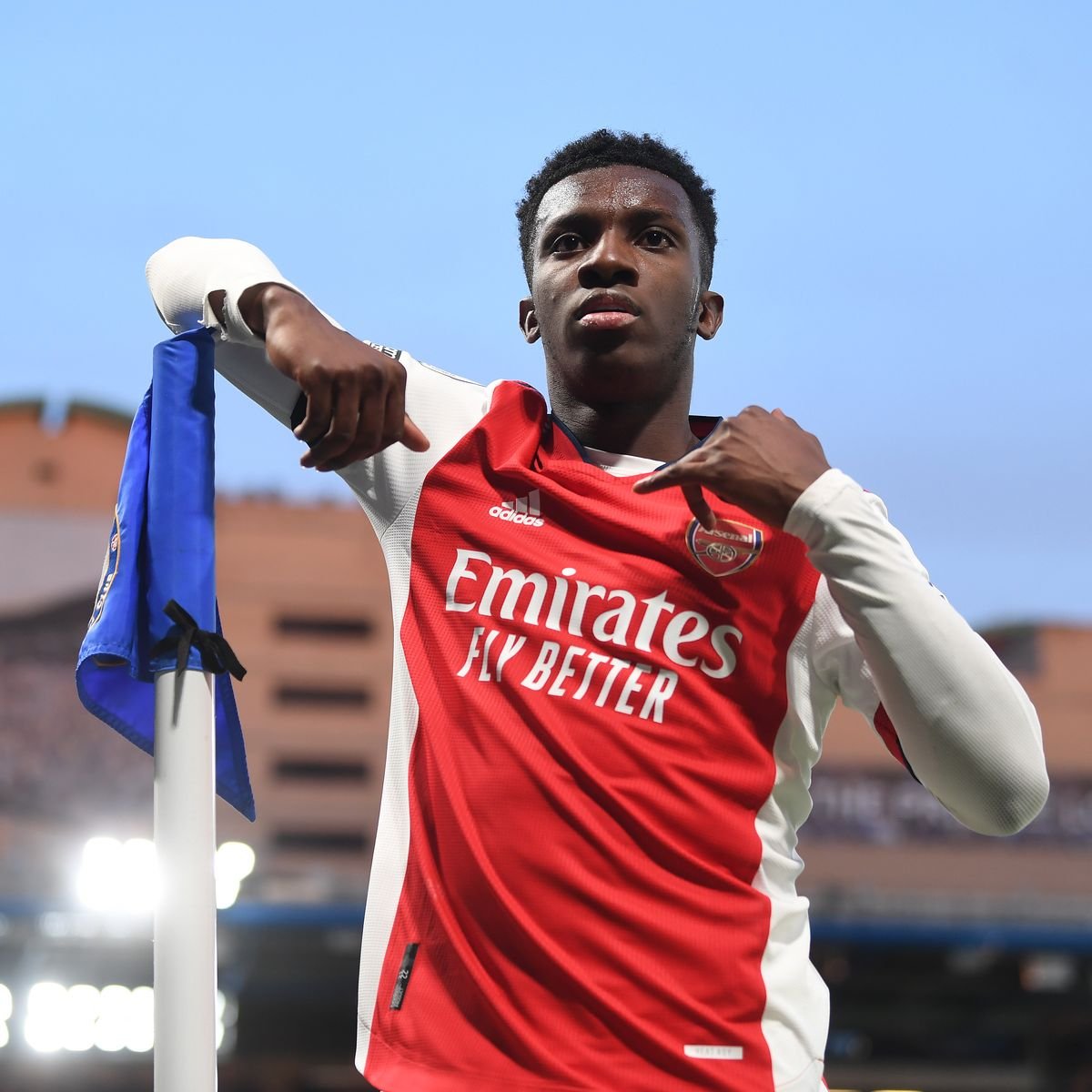 Arsenal striker Eddie Nketiah has agreed to sign a new 5-year-deal to 2027, putting an end to transfer speculation regarding his future.

Mikel Arteta has been keen on keeping the 22-year-old and managed to integrate him into the starting eleven in April.

Nketiah finished the season with 5 league goals including an impressive double at Stamford bridge as well as 5 goals in the Carabao Cup, finishing as the competitions top scorer.

Arsenal have reportedly offered Nketiah a deal worth £100k-a-week, with a £5m signing-on bonus spread over the course of the deal.

Eddie Nketiah’s new contract will be valid until June 2027. Five year deal now set to be signed, as Arsenal wanted him to stay at all costs. ⚪️🔴 #AFC

Previous attempts to tie down Nketiah were futile however, he has turned down the chance to sign for clubs in England and Germany that wanted him on a free transfer.

Nketiah joined Arsenal in 2015 and made his first-team debut in September 2017, he is England’s U21 record goalscorer although he has switched his allegiance to Ghana.