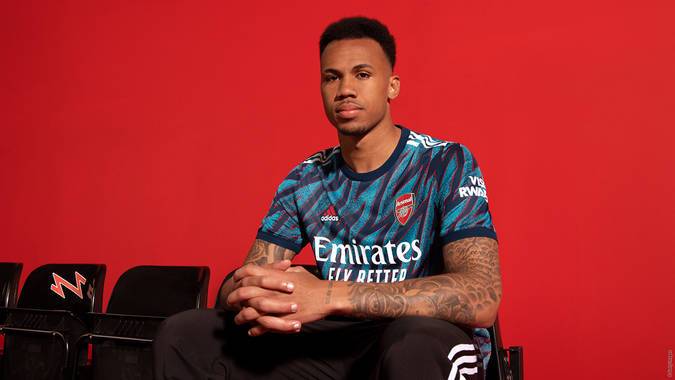 Arsenal completed the signing of Gabriel Magalhaes from Lille for £27million in the 2020 summer transfer window and he has turned out to have been an outstanding signing as the North Londoners consider him to be one of their best players of the Mikel Arteta era. Gabriel Magalhaes has attracted interest from some clubs and its now reported that the Brazilian international has revealed his intentions on the matter.

Gabriel Magalhaes has been very influential for Arsenal this season and he has in a short time became a fan favourite since the defence of the gunners was very poor before the arrival of the 24 year old. The performances of Gabriel has seen him attract interest from Juventus and Barcelona who would love to snatch him away from the Emirates Stadium in the 2022 summer transfer window opens.

Transfer news journalist Ryan Taylor has confirmed that Gabriel Magalhaes is more than happy at Arsenal at the moment which will come as a relief to the gooners as he is one of their best performing players in Mikel Arteta’s squad. Gabriel has fully settled in at the Emirates Stadium than most centre backs that they have signed post Wenger and he is one of the reasons that Arsenal are very close to going back into the UEFA Champions League for the first time since 2016.

It will be interesting to see if Juventus and Barcelona will intensify their interest in the 24 year old when the summer transfer window officially opens but what is for sure now is that Gabriel feels right at home at the Emirates Stadium.

REVEALED: The two strikers Arteta plans to bring to Arsenal