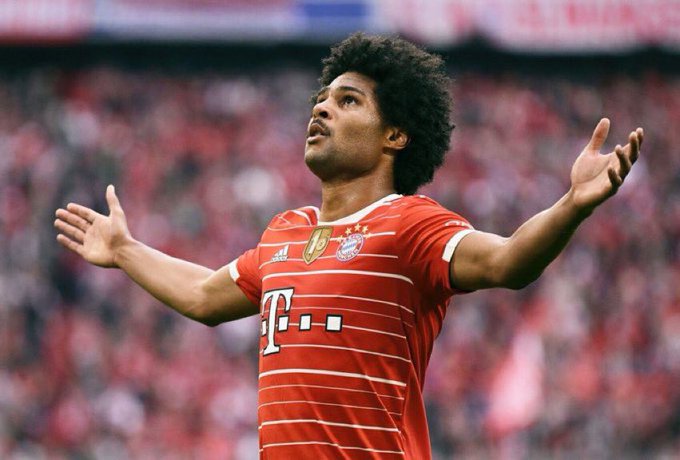 Arsenal will be one of the clubs to be very busy in this year’s edition of the summer transfer window because they will need to sign a lot of players that will help them compete next season as next season is very important for Mikel Arteta. Arsenal have been linked with many players in the past few weeks and among them is Serge Gnabry who is reportedly looking to exit Bayern Munich.

Arsenal have a lot of needs that will need to be addressed in this summer transfer window because they last season had a light squad and Serge Gnabry who has been outstanding in Germany after having left the Emirates Stadium in 2016 would surely improve the attack of the North Londoners.

Arsenal fans are excited about a possible return of Serge Gnabry and its now revealed that they have received good news in their club’s pursuit of him as its reported by Marca that Real Madrid, a club also linked with him are on the contrary not interested in the Bayern Munich winger. This is good news for Arsenal as it removes one club from the race and an important one because Arsenal wouldn’t have been able to convince him to join them over the Spanish and Champions League winners.

Serge Gnabry has scored 61 goals at Bayern Munich as well as making 40 assists and so he would bring well needed experience to the gunners as their current wingers are youngsters because Mikel Arteta doesn’t trust Nicolas Pepe as he would rather start Bukayo Saka and Gabriel Martinelli over the Ivorian international.