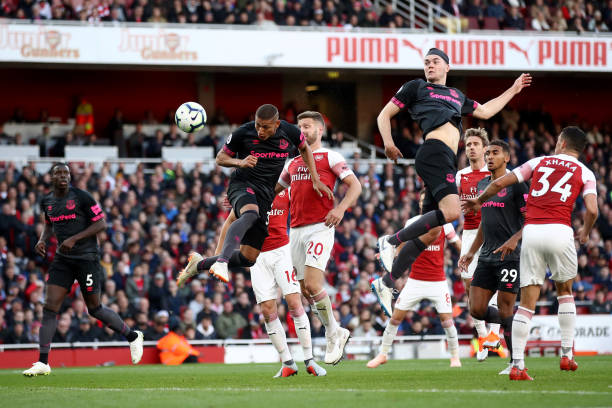 Arsenal will be busy in this summer transfer window because they will try to fill the needed positions with players that fit in the style of Mikel Arteta as it looks like the club’s hierarchy has full faith in his project. Arsenal have in recent weeks been linked with a move for Everton forward Richarlison who has been impressive in recent seasons and its now claimed that the gunners will have a secret plan to sign him.

Arsenal have confirmed the departure of Pierre-Emerick Aubameyang and Alexandre Lacazette, and they will now be looking to rebuild their attacking line for the first time after a while as these two had been considered their star attacking players since 2018. Arsenal boss Mikel Arteta has shown boldness in letting both of them go in the same year as he continues to try to slowly include his selected players that fit his style and some rumours say that he rates Richarlison.

Richarlison is likely to leave Everton in this summer transfer window as per reports and that has putt many clubs on alert. Arsenal will however have to fight through other clubs because they are not the only interested side but sports journalist Pete O’Rourke has revealed the secret weapon that could help the gunners bring him to the Emirates Stadium.

“I think having these Brazilian connections can only help in their pursuit of transfer targets,” Pete O’Rourke told GiveMeSport.

“Edu, I’m sure will be trying to use his connections to maybe try and convince Richarlison to make that move to Arsenal ahead of other clubs because there will be quite a bit of interest in him this summer.

REVEALED: The truth on the Bukayo Saka to Manchester City news