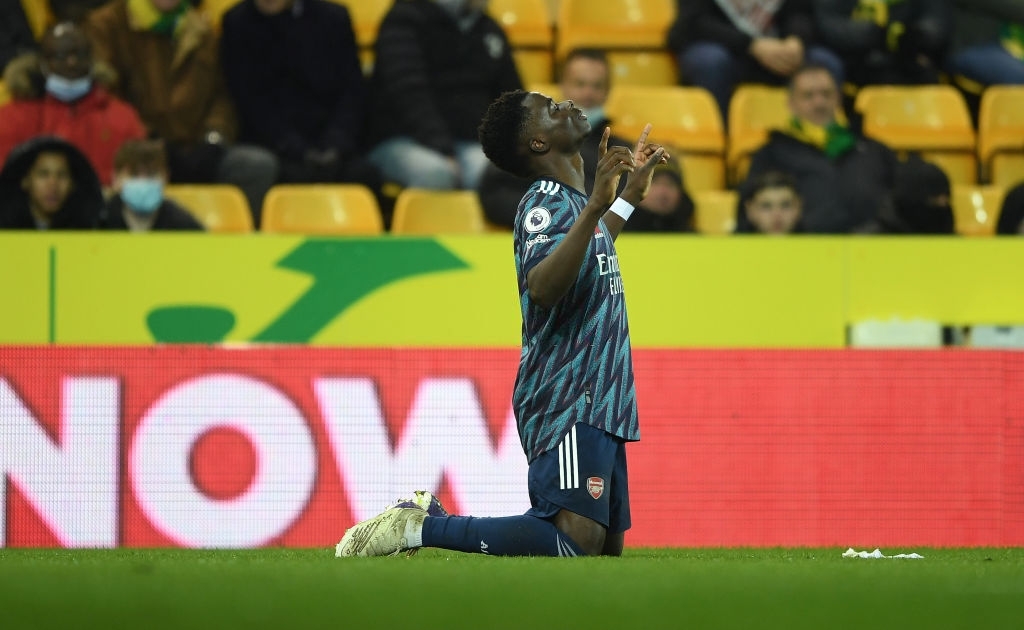 Arsenal youngster Bukayo Saka proved to be one of the best young English stars in the country by establishing himself as the most important player at the Emirates Stadium after dragging the gunners into the European spots on the Premier League table. There has been some reports in the past few days claiming that Manchester City are interested in Bukayo Saka and the truth has now been revealed.

Arsenal are now in the process of trying to tie down Bukayo Saka to a new contract even though he still has two years remaining because his value has of course increased after his performance last season and their failure of getting UEFA Champions League football will definitely affect talks but there hasn’t been any worry in the gunners camp that this would make him leave. The Arsenal fans were however fearful after reports of Manchester City interest as the Premier League Champions do have the financial backing to sign any player.

A report by The Manchester Evening News has however revealed that Manchester City have distanced themselves from claims that they are interested in Arsenal’s rising star Bukayo Saka who is yet to renew his contract with the North Londoners. This will come as a relief for Arsenal as the gunners will hope to quickly finish his contract renewal without any drama.

Bukayo Saka’s is a very important player for Arsenal as he scored eleven goals as well as making eight assists in the Premier League last season and he has not shown any interest in leaving the Emirates Stadium as most reports say he is happy at Arsenal, and is in good terms with Mikel Arteta.

Arsenal’s secret weapon in bringing Richarlison to the Emirates revealed

William Saliba finally opens up about whether he is leaving Arsenal