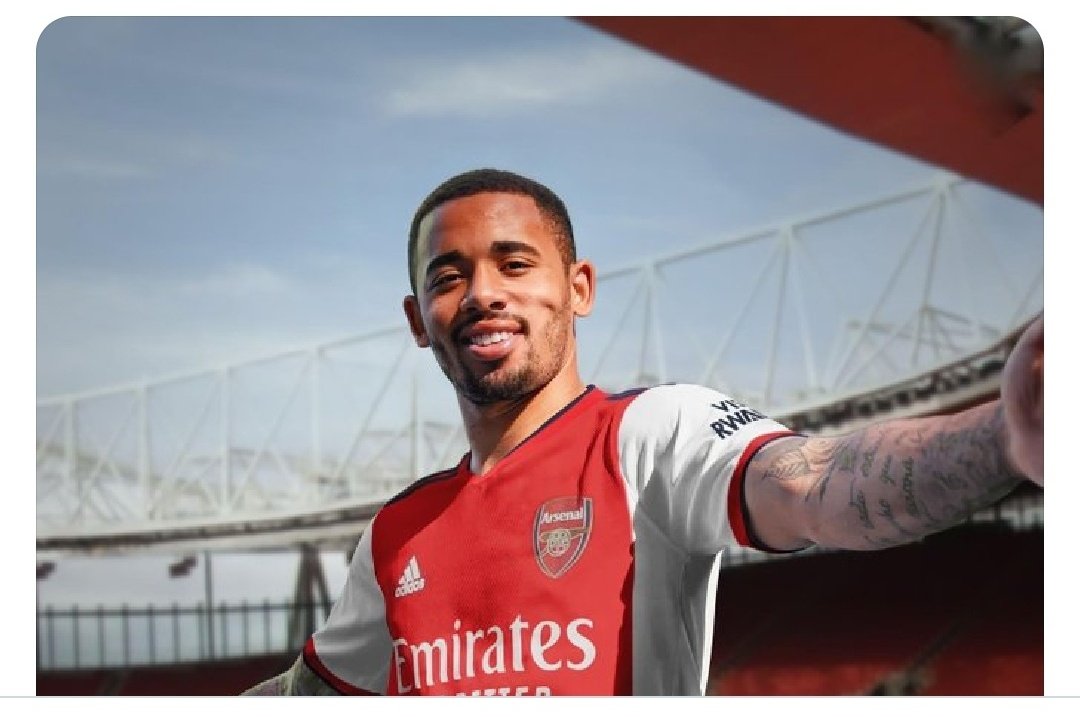 Arsenal have finally announced the signing of Gabriel Fernando de Jesus from Manchester City on all their social media platforms after having been linked with him for more than three months. The Arsenal fans first heard a rumour about a possible Gabriel Jesus deal even before the end of last season and they are glad that their club has finally completed the deal as they were in need of a striker.

Arsenal went into the summer transfer market in search of a striker because they lost both Alexandre Lacazette and Pierre-Emerick Aubameyang in the same year, and Arsenal wouldn’t wouldn’t have been able to finish the season with only Eddie Nketiah as a striker hence the arrival of Gabriel Jesus has sealed up the huge whole that was in Mikel Arteta’s squad.

Gabriel Jesus was outstanding last season for Manchester City as he scored eight goals as well as getting eight assists which shows that he will be in Mikel Arteta’s side as he doesn’t just want a goal scoring striker but one who will also be instrumental in making attacks which in some circumstances get him, assists. Gabriel Jesus’ other quality that will be a delight to Mikel Arteta is that the Brazilian international is very good at pressing and counter pressing which is demanded by most modern managers in these recent times.

Arsenal technical director Edu Gaspar who has been incredible in this year’s summer transfer window has gained a lot of praise in recent weeks and this is what he had to say on the arrival of Gabriel Jesus.

“We are delighted that we have secured the transfer of Gabriel. Everyone who knows football well, knows the qualities of Gabriel Jesus.” said Edu Gaspar.

“Gabriel is a player who we have admired for a long time now. He is 25 years old and an established Brazil international who has consistently demonstrated that he is a player at a very high level. We look forward to seeing him join up with his new teammates ahead of the new season. We all welcome Gabriel to Arsenal.”