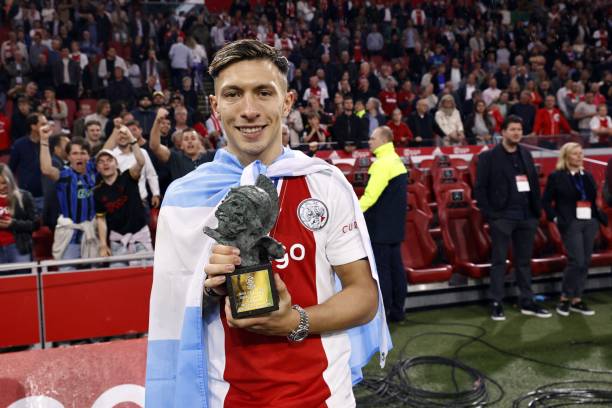 Arsenal has so far completed the signing of four players in this summer transfer window as Mikel Arteta continues to revamp his squad and they won’t stop from there as per current reports. Arsenal has in the last few weeks been linked with Ajax centre back Lisandro Martinez amid intense competition from Manchester United who are also interested in the Argentine international.

Lisandro Martinez has attracted a lot of interest in this summer transfer window all over Europe and its even been reported that Arsenal have made offers which some have been rejected by Ajax. Manchester United has however entered the race for the signature of Lisandro Martinez hence making things difficult for the gunners with some now claiming that Arsenal might no longer have any chance since The Red Devils new boss Erik could sway him to the Old Trafford.

This has however been disputed by Arsenal transfer news expert and Goal journalist Charles Watts as he has claimed that Lisandro Martinez is open to coming to the Emirates Stadium in this summer transfer window.

“I know everyone’s saying, ‘Oh it’s United, United, United’, but from what I understand, Martinez is very open to Arsenal as well.” Watts said on YouTube.

“He really likes the ideas that he’s been told, you know, if he came in, how he would be used by Mikel Arteta, and he likes Arteta and he’s very keen on that project.”

Arsenal reportedly make progress in their pursuit of Youri Tielemans