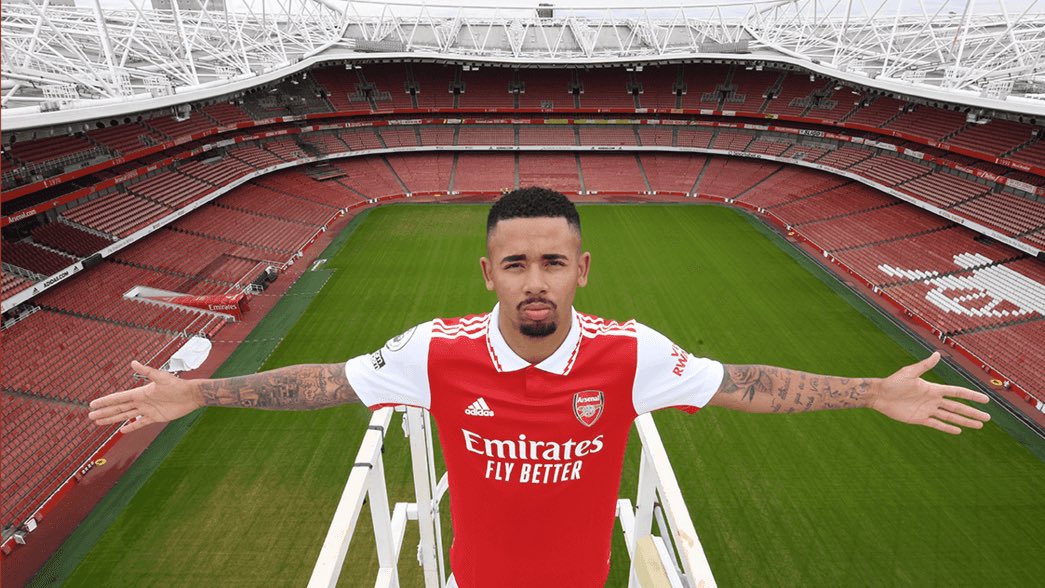 Arsenal unveiled Gabriel Jesus on Monday and there has been excitement among fans as they are keen to see the former Manchester City man lead Arsenal’s attack next season.

Jesus is a versatile and all-round forward that was part of Manchester City’s squad that has won multiple domestic titles and will bring some experience to Arsenal’s attack that is stacked with youngsters.

The 25-year-old netted 123 times in 319 appearances in all competitions for Man City, including 58 goals in the Premier League.

And in the 47 games he has scored in, he is yet to end on the losing side whenever he has scored, winning 44 and drawing three in the process.

Gooners will be hoping that this statistic continues, Jesus could turn out to be a lucky charm for Arsenal.