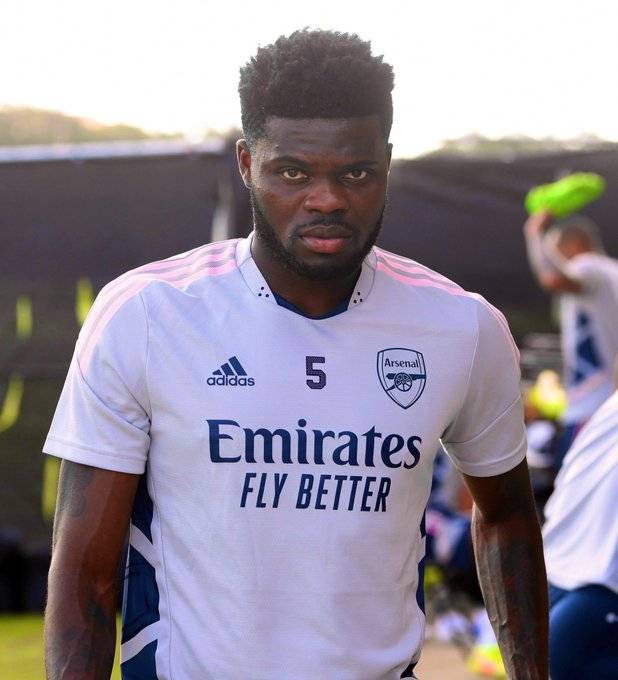 Thomas Partey and Mohamed Elneny have been ruled out of Arsenal’s game against Aston Villa. The midfield duo have picked up a thigh and hamstring injury respectively.

Partey has been prone to injuries since his move from Atletico Madrid in 2020 and missed out on Arsenal’s 2-1 win over Fulham on Saturday after he picked up a thigh injury in training.

He was replaced by Mohamed Elneny, however the Egyptian international sustained a hamstring injury in the victory over Fulham.

Arsenal are yet to sign a central midfielder despite calls for one to be signed given Partey’s injury history however, injuries to Arteta’s two holding midfielders could force Edu to sign a midfielder before the September 1 deadline.

The duo could also miss out on Sunday’s crunch clash with Manchester United on Sunday.

Arsenal are waiting on scan results on a hamstring injury Elneny suffered during Saturday’s game. Unclear at this stage how long he will be out. Zinchenko could be in contention for Villa, was very close to making it against Fulham. Initial prognosis for Partey is quite positive.

Arteta’s options include new signing Zinchenko slotting into midfield if he passes the fitness test, Albert Sambi Lokonga is also an option.

The Gunners are will be looking for a fifth straight win in the Premier League when they host Aston Villa at the Emirates on Wednesday night.

Arsenal receive good news ahead of match against Aston Villa