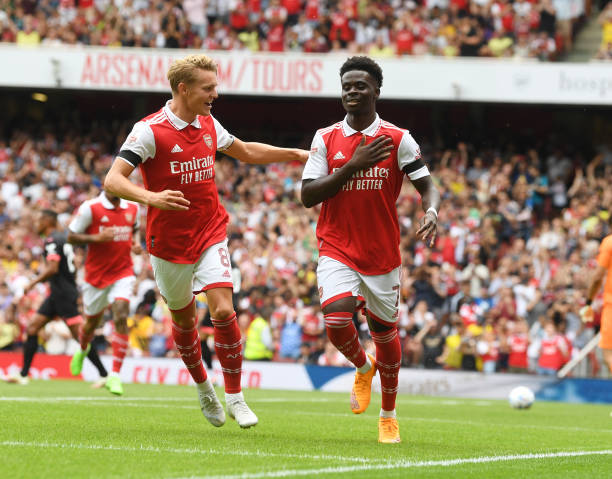 Arsenal once again will get the new season underway when they take on Crystal Palace in South London at Selhurst Park.

The Gunners had an impressive pre-season campaign registering big wins against Chelsea in the Florida Cup (4-0) and Sevilla in the Emirates Cup (6-0).

A Crystal Palace side that was a thorn in the flesh last season, beating Arsenal 3-0, poses an early challenge for Mikel Arteta.

William Saliba is finally set to make his competitive Arsenal debut after having an impressive pre-season. New signings Oleksandr Zinchenko and Gabriel Jesus are expected to make their competitive debuts.

Arteta does not have any serious injury concerns. Emile Smith Rowe will miss out on this fixture but is expected to return to training next week.

Takehiro Tomiyasu, Kieran Tierney and Fabio Vieira will have to pass late fitness tests to feature on Friday.

This is the third consecutive season Arsenal are starting their Premier League campaign with a London derby. They won 3-0 at Fulham in 2020-21, before losing 2-0 at Brentford in 2021-22’s season opener.

Crystal Palace have won their opening top-flight league match in only five of their previous 22 seasons (D7 L10), although they have won two of their last four (D1 L1), beating Fulham in 2018-19 and Southampton in 2020-21.

Arsenal have lost their opening Premier League match in five of their last nine seasons (W4) after losing their first match in just one of their 19 campaigns prior to this run; the Gunners lost 2-0 to Brentford last term.