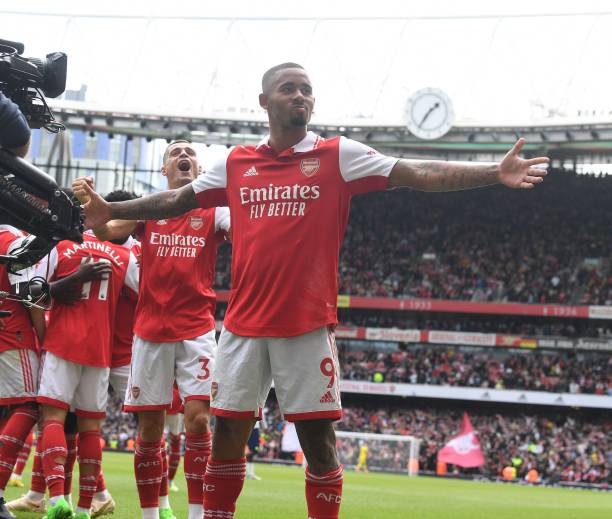 Arsenal has been pretty good this season as they have lost once and got their first draw last Sunday thanks to a splendid second half from Southampton who managed to go from one goal down to end the game 1-1. Arsenal striker Gabriel Jesus has been impressive this season as he has scored five goals as well as making three assists but he was however unable to help the gunners get a win over Southampton.

Gabriel Jesus has turned out to have been a revolutionary signing for the gunners despite not scoring much because he has fully fit in into the style of Mikel Arteta as he is currently an essential player in the system that the Spanish manager uses. Gabriel Jesus came close to scoring for Arsenal in the match against Southampton but it wasn’t his day as he lost some good goal scoring chances.

Gabriel Jesus faced the media after the game and sent a warning to the rest of the Arsenal players, telling them that the more hard times will come and urged them to fully focus.

“Of course, we dropped a little bit of our level, we have to come back because this league is tough, it’s difficult.” said Gabriel Jesus as per The Metro.

“Everyone is upset, now it’s the difficult time I think, the difficult time is coming so everyone has to be alert, focus more, we have six or seven games before we stop before the World Cup, so we need to come back, relax tomorrow but come back strong because that’s football, sometimes you drop a little bit but you have to realise and wake up, that’s what we have to do now.”

Matteo Guendouzi reveals his truth on his bad relationship with Arteta